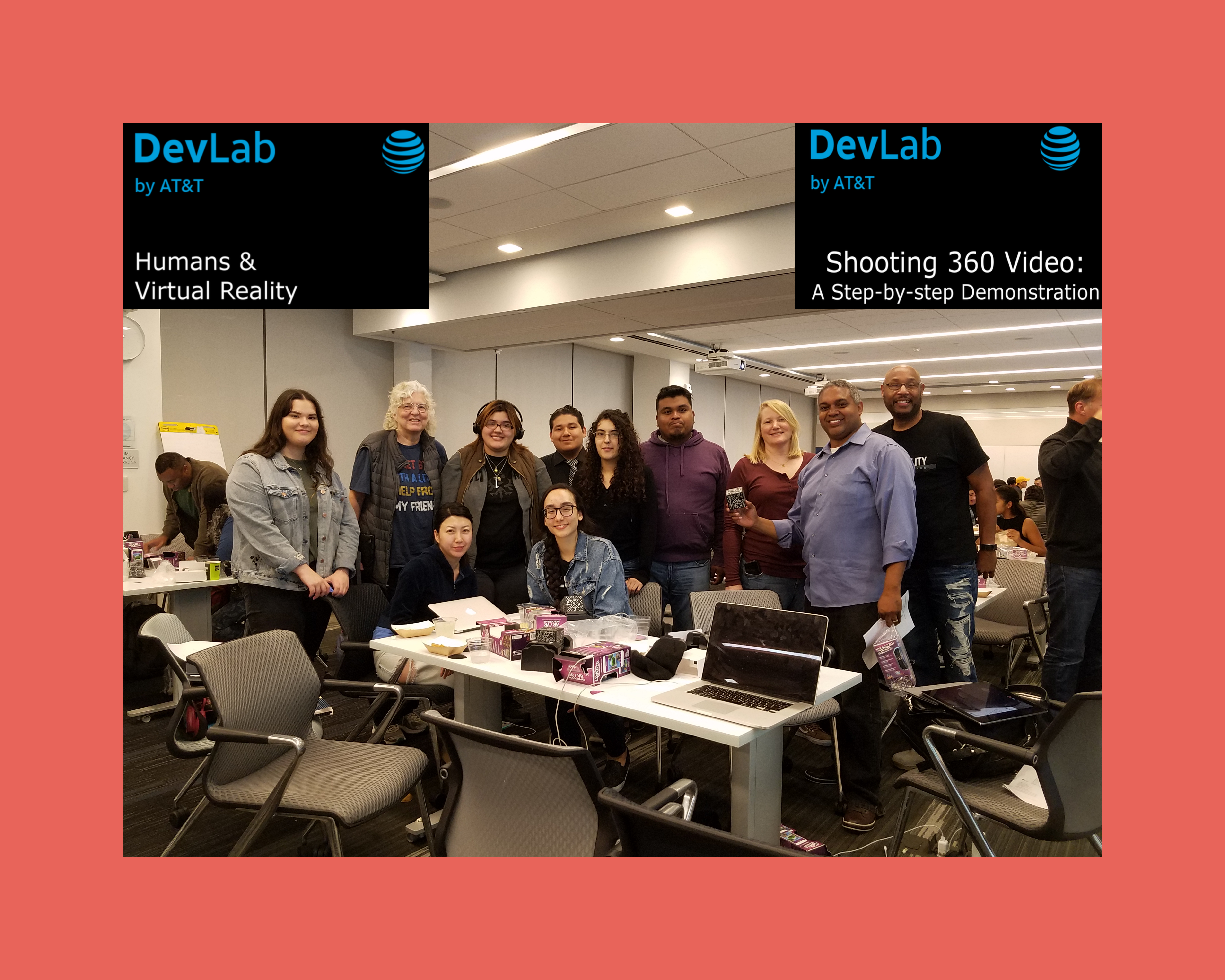 Ernie Flowers put on a great mix of hands-on to theory of Immersive Media inside baseball in two sessions 3-hours session, Tuesday March 20th. We had 10 students and three instructors attend, and would have had more if we could of transported them from deep in the valley to El Segundo. But nonetheless we represented the LA Mission College brand and met Jason Jerald and Derek Alan-Rowe before and after their presentations.

“Without a clear understanding of the human side of virtual reality, the experience will always fail.” (Jason Jerald)

Designing for virtual reality is an incredibly complex challenge. When done well, these experiences can be brilliant and pleasurable, but when done badly, they can result in frustration and sickness. In this free 3-hour workshop Jason Jerald, author of The VR Book: Human-Centered Design for Virtual Reality and Co-Founder & Principal Consultant of NextGen Interactions,

Through a combination of use cases and demonstrations will show how users perceive and intuitively interact with various forms of reality, discuss the causes of VR sickness, and demonstrate how to employ useful and pleasing content to create an immersive experience.

When our students left the workshop, we understood virtual reality from the human experience perspective, allowing us to better create – or simply appreciate – powerful VR applications for our end-of-semester class projects.  Whether for entertainment, education, science, healthcare, or the myriad of other uses of this new and exciting technology we left the workshop more capable to take on next steps.

This workshop was for everyone, whether  your were a developer, content creator, filmmaker, or simply someone interested in knowing more about VR, these workshop had everything for the novice to the prosumer.