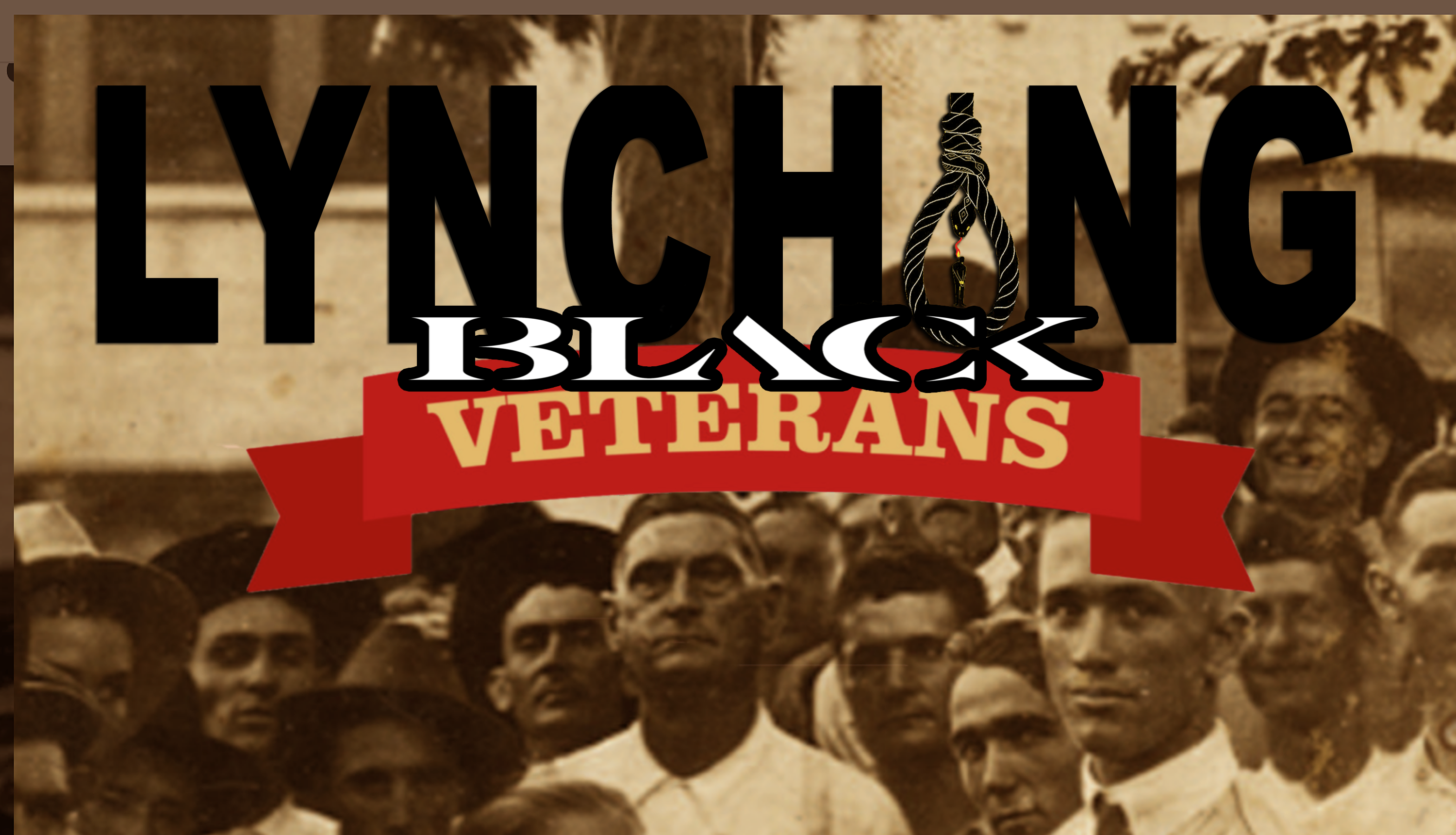 African Americans served in all wars for the ideals of freedom, justice, and democracy, only to return to racial terror and violence. American individuals and institutions intent on maintaining white supremacy black veterans for discrimination by lynching and more… pic.twitter.com/fWVH1d3ZiO

As America prepares to celebrate the valor, bravery, and courage of the men and women who have fought and risked their lives for this country, the history of racial terrorism and violence endured by thousands of African American veterans remains unacknowledged. A 2018 report, Lynching in America: Targeting Black Veterans, documents the culture of targeted physical violence and social humiliation that black veterans were forced to confront during the late 19th and early 20th centuries, despite their hopes of achieving racial equality through the patriotic commitment of military service.

I challenge you to take a knee for Black veterans lynched in their uniforms for the “crime” of expecting equality https://t.co/I6tFBnpX62https://t.co/ZdFxLlmbaT

The end of the Civil War ushered in a new era of racial terror lynchings and violence directed at black people in America that was designed to sustain a system of white supremacy and hierarchy, one whose brutal repercussions have not been fully acknowledged in this country. No one was more at risk of experiencing targeted violence than black veterans who had proven their valor and courage as soldiers during the Civil War, World War I, and World War II. Military service sparked dreams of racial equality for generations of African Americans, but rather than welcomed home and honored for their service, many black veterans were targeted for mistreatment, violence, and murder during the lynching era due to their race and military experience.

Between the end of Reconstruction and the years following World War II, the experience of military service for African Americans often inflamed an attitude of defiant resistance to the status quo that could prove deadly in a society where racial subordination was violently enforced. All throughout the American South, parts of the Midwest, and the Northeast, dozens of black veterans died at the hands of mobs and persons acting under the color of official authority; many survived near-lynchings; and thousands suffered severe assaults and social humiliation.

“On this Veterans Day, it is important that we remember that the more than 1 million African Americans in uniform in WWII were ordered to fight for freedom and democracy… https://t.co/hXBYnCYwgC

“The disproportionate abuse and assaults against black veterans have never been fully acknowledged. This report highlights the particular challenges endured by black veterans in the hope that our nation can better confront the legacy of this violence and terror,” no community is more deserving of recognition and acknowledgment than those black men and women veterans who bravely risked their lives to defend this country’s freedom, only to have their own freedom denied and threatened because of racial bigotry.”

Lynching in America: Targeting Black Veterans builds upon the comprehensive seminal report on the era of racial terror lynchings and violence that EJI published last year. Documenting over 4000 lynchings of African Americans throughout the South between 1877 and 1950, the 2015 report, Lynching in America: Confronting the Legacy of Racial Terror, explored the ways in which racial terrorism profoundly shaped the nation’s demographics and reinforced a myth of racial inferiority and a legacy of racial inequality that is readily apparent in our criminal justice system today.

Research on mass violence, trauma, and transitional justice underscores the urgent need to engage in public conversations about racial history that begin a process of truth and reconciliation in this country. Documenting the atrocities of lynching and targeted racial violence is vital to understanding the incongruity of our country’s professed ideals of freedom and democracy while tolerating ongoing violence against people of color within our own borders.