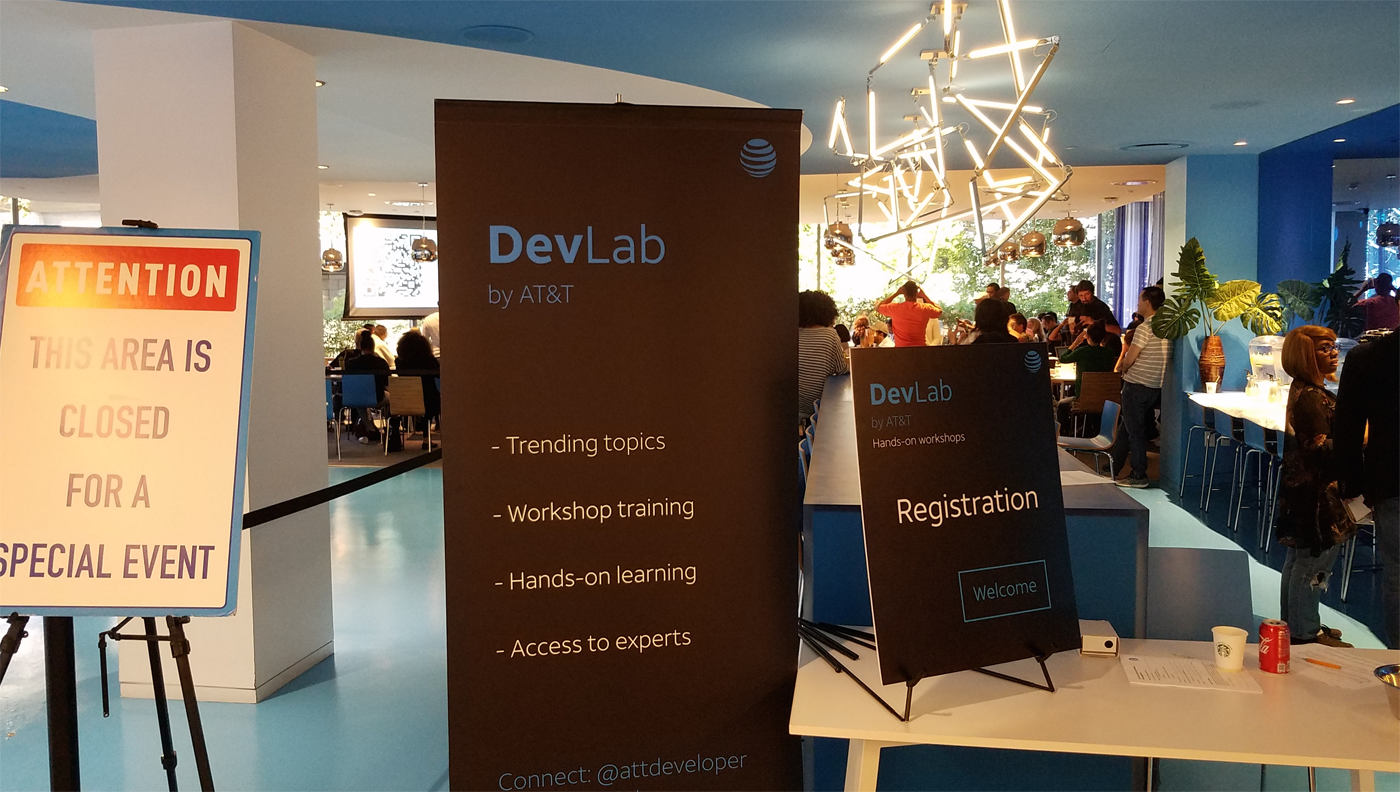 .@mikecuales will represent @NCState today in a virtual panel alongside Harvard and NYU at @nyedtechweek on innovative applications of #VR in higher ed. Production of the cultural competency VR training module for @NCStateGTI will be featured: https://t.co/gItZmB4kxh pic.twitter.com/RHcPgJZKnk

Mike Cuales and Derek Alan Rowe held court for a free a two-day experience held on the El Segundo campus of AT&T DIRECTV.   I attended both days November 14th & 15th, and was engaged throughout.  This was the second event I’ve attended in the AT&T Development Lab Series, this one featured a compelling well-constructed demonstration led by Michael Cuales CEO of LEVR Studios, and Derek Alan-Rowe with an assist from Live Planet.  I for one can’t wait for next years AT&T Shape, as I’m sure some iteration of this experience will be part of next AT&T Shape.

The experience featured the latest and greatest techniques on VR/AR 360 storytelling. Participants learned concepts and techniques for creating VR content and demonstrated their knowledge by completed four hands-on labs.  Herein is a cursory overview of some the topic touched in the 4 hour workshop.

Participants used AT&T’s pre-fabbed photos to create a free 360 ° tour and added interactive elements that made the still-tour come to life. Roundme, a free virtual tour interface on the web or available as an app, was the tool of choice. The simple interface allowed participants to add “hotspots”, enhanced interactivity via links, sounds, or information, inside uploaded photo.

These hotspots also foreshadow the exciting ability for developers to design for various viewing tracks. Similar to childhood “Choose Your Own Adventure” novels, these new features can allow the users to re-explore familiar tours and discover new possibilities.

Caules discussed the 360 video cameras in the marketplace and their utility for Virtual Reality enthusiasts. As advised for hobbyists like myself, the Samsung Gear 360 is a bargain priced camera to create your own 360 creations.

Building with Unity
For the finale, developers used the popular game engine Unity to create a user-interactive basketball court. United with previous labs, developers used AT&T’s provided 360 photos but learned how to add interactive elements(in this case a basketball) that bounce around like in physical world.

Unity’s Skybox encompass the world developer’s build, that looks beyond the geography.
Using Unity, participants learned how to generate a Skybox, make 3D objects, and apply physical and material textures to make the basketballs come to life. Unity is compatible with Virtual Reality headsets like Google Cardboard, so users saw their scene rendered on a mobile device.

With AT&T’s merger with Time Warner on the Horizon, the merger will allow AT&T to innovate mobile-friendly video entertainment, that can reach all platforms known, and unknown.  These hands-on workshops provide a solid foundation to learn new story-telling techniques and content-rich experiences.