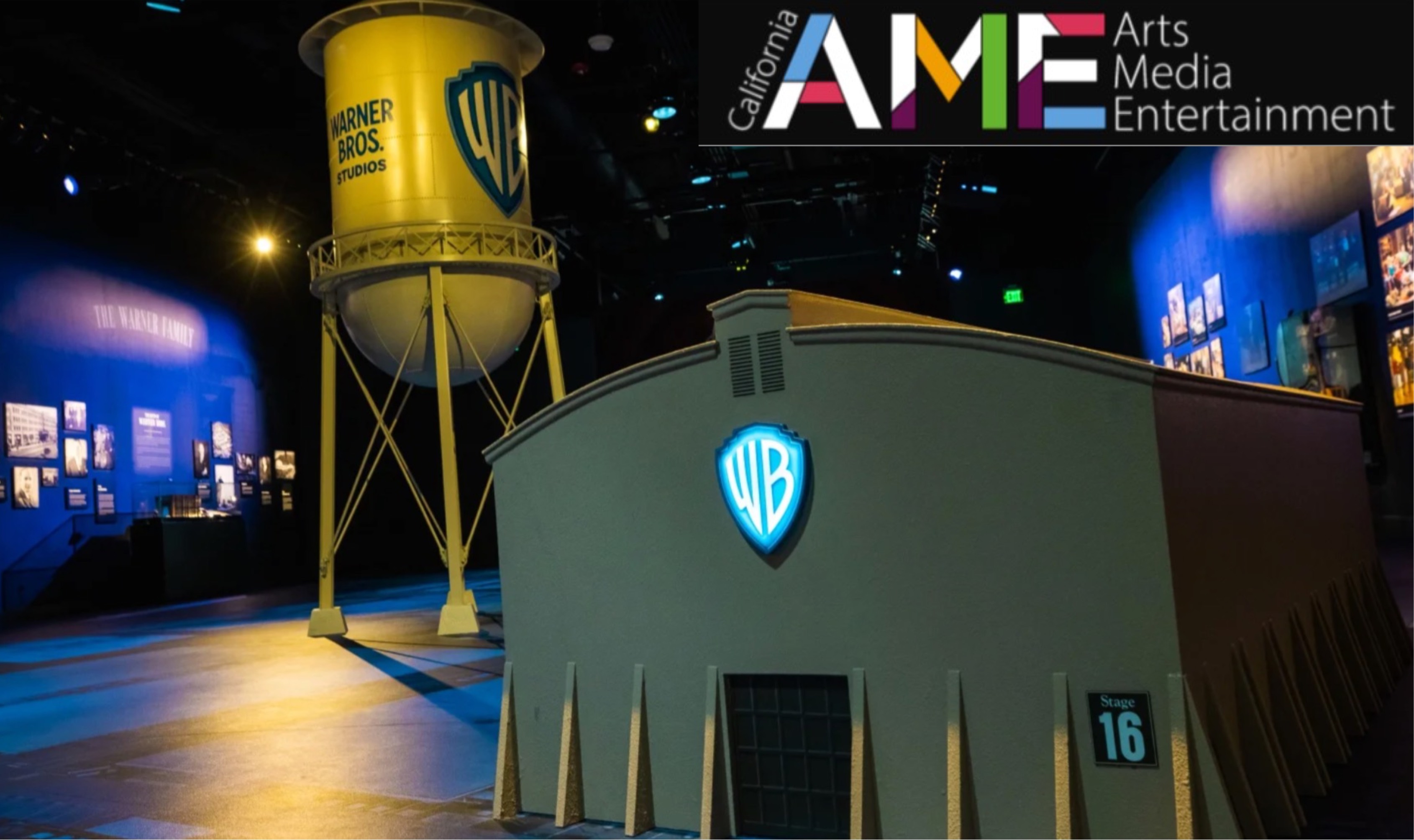 We met up as team in person for the first time today for the first day of AME Institute 2022 at the Warner Brothers campus in Burbank. Little did we know that BrownbagTV would be deputize to become the default capture and social media management team for the first day of the event. We hope you enjoy some of the sights and sounds from Day 1, we filmed the entire show inside of Warner Brothers Auditorium and will repost this blog with link as soon as it’s uploaded. Our crew consisted of Nancy Kelham, Damone Williams and worksite supervisor, Kevin Clark.

Our highlights for Day 1, was interviewing an old friend Dolores Thompson representing the Oakland School Of The Arts, who a couple of decades ago worked at KJLH and now is leading the charge in getting Oakland unified School districts K through 12 students prepared for the creative tech economy.

Day 1 in the books, It was great to see people I’ve never met in-person, and old friends from Oakland to Compton to the Valley. My key takeaway from Day 1 is more collaboration, and inclusion of our young scholars in planning for their FUTURE. https://t.co/ufVaJyb6TR

Another highlight was meeting Sally Chan, Warner Brothers, who exchanged some great ideas about how BrownbagTV backpack journalist could help Warner Brothers become more responsive to student voice while including their point of view and showcasing them as vendors behind and in front of the camera who behind the camera.

Big thanks to Allison Frenzel, Sally Chan and Dan Dark, Warner Bros, who have been gracious host for the 2022 AME Conference. K-12, Community College, and 4-year U, Oakland to Compton represented. Great mix committed to creating more opportunities for all. #AMEInstitute2022 pic.twitter.com/F0qNO3k15S

Learning how to learn was the takeaway for me at the #AMEInstitute 2022. pic.twitter.com/dZkvlZSneJ

Thanks, again to Allison,Sally and Dan for providing a memorable experience for our #BrownbagTV crew, who will share their posts with a peer to peer network of K-16 students who’ll be inspired seeing young people representing voice and agency for16-24 creators. #AMEinstitute2022 pic.twitter.com/YZBUGFmp90