@GATEKEEPERS18 have built phenomenal creative career pathways for YEARS! Inspiring to see what @Homageusa + @datashogun with a coalition of the willing have built these last few years + what they’re doing w/ the Impact Internship for Sports & Entertainment https://t.co/mk4RAeXL2r

@datashogun“The IMPACT internship experience is a unique opportunity. Look forward to collaborating with Felisa and her team! More importantly, they’ll learn 1st hand how to show initiative, sweat & small stuff, and make the most of employment opportunities in the industry.” pic.twitter.com/zq0kcokCBW 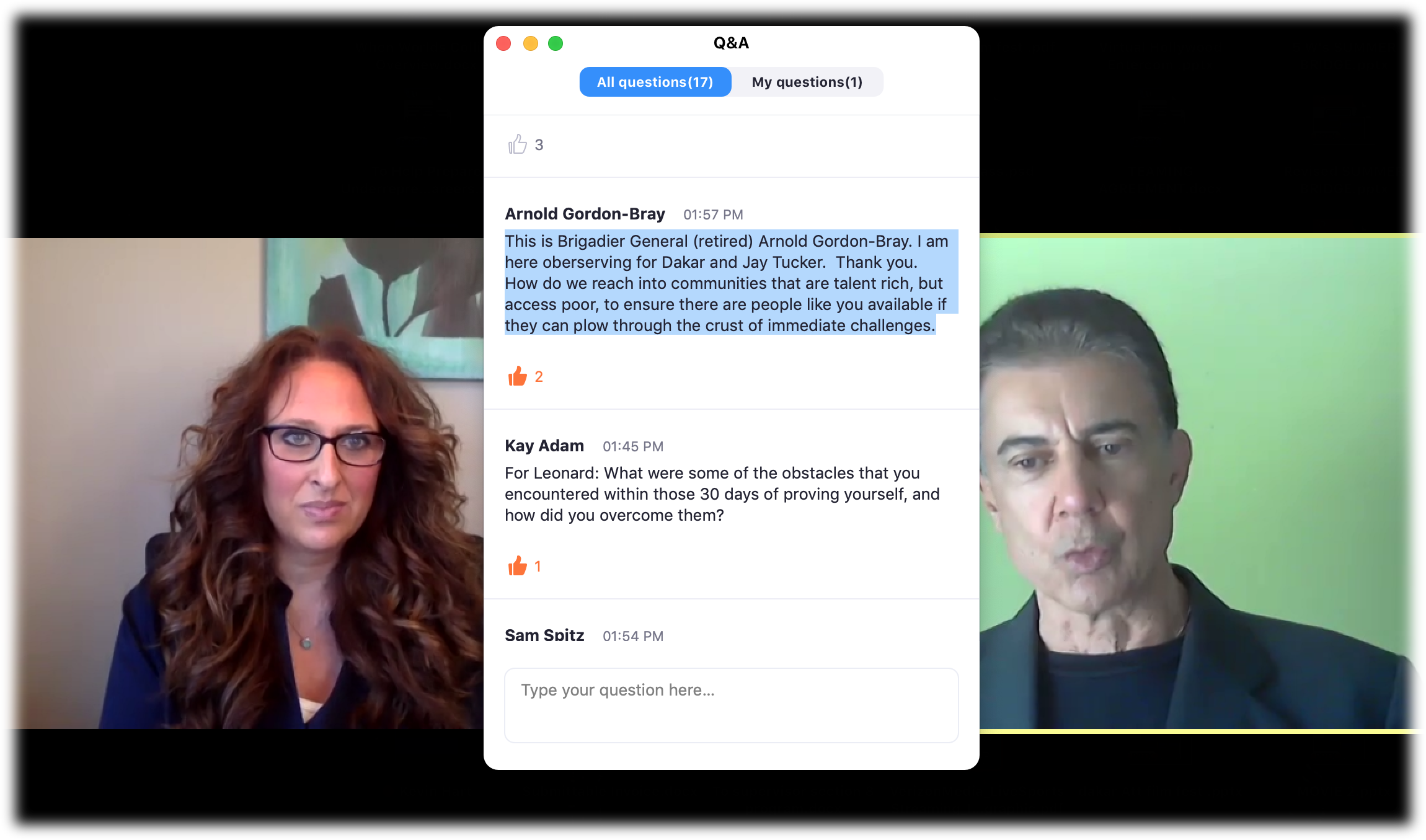 Today, Dakar Foundation, through the gracious gift of Jay Tucker witnessed the first installment of speakers and presentations by Felicia Israel, and our student were blessed with complimentary seats to lean-in on the past, present and future business models of sports and entertainment. We’re looking to create-a-long-tale experience entitled The GateKeepers. Dakar’s  attempt to keep learning and virtual production in the minds of our student  this summer will enable GateKeepers and our Summer Bridge experience to curate some of the highlights of the Impact Virtual Internship series. Our next step is an after-action-review, stay tuned.

I was at @nba headquarters on Wednesday. #adam sliver made the courageous decision to suspend all NBA Games and the sports world and nation followed. Surreal- never experienced anything like this in our lifetime. We are all in this together, America! It is crucial in next 30 days is to practice social distancing and meticulous hygiene! If we all do our part we can blunt the spread of Covid-19 and perhaps cause the virus to lose steam… Please err on the side of caution. We can save hundreds of thousands of life, if not more, and get the sports world, and our lives in general, back on track! We can do this!! #unity #solidarity #corona #virus #nba #sporta

Untitled from kevin clark on Vimeo.

Our first speaker is a familiar source of power and wisdom, Leonard Armato.  I met him through Ronnie Lott first, then later, Kareem Abdul Jabbar who bothe were my catalyst for starting Dakar Foundation in 1992. I met Ronnie lott as a night club promoter who came to several of my events and became a friend and supporter.

Ronnie later introduced me to Bill Duffy is one of the most influential person I know, and a fellow enthusiast of Blood and Treasure, and of course Kareem Abdul Jabbar, who became the first hall of famer to support our work with the Buffalo Soldiers.  So yes, Leonards presentation today is a relationship that I will attempt to restore for multiple reasons.  As he stated, today he wants to only do business with those who can make people lives better.