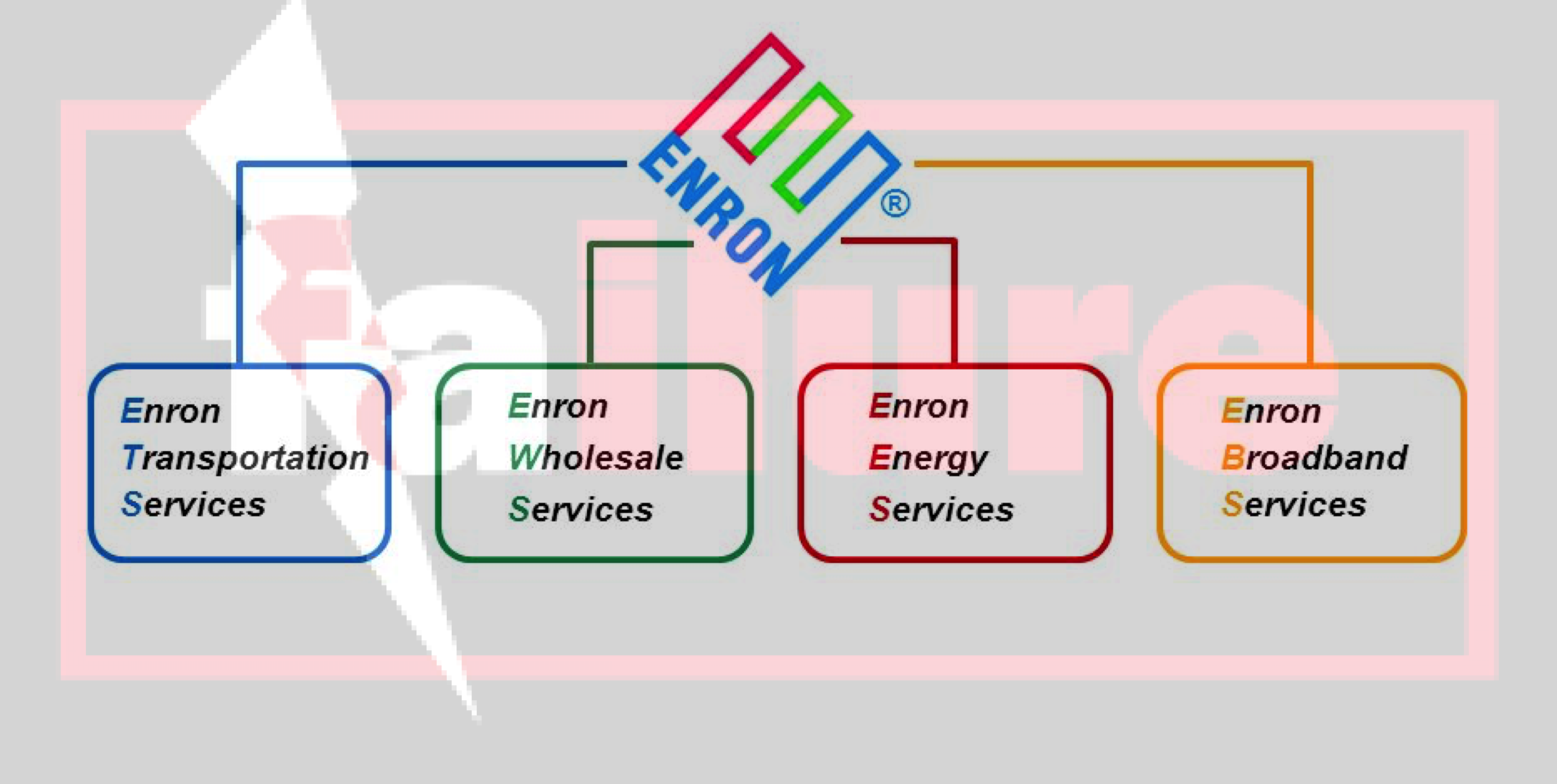 Another “Holy Crap they’re lying” moment in my life was when I read this:

“Enron Broadband partnered with Blockbuster yesterday in a 20-year exclusive deal to sell movie-on-demand services, including 500 titles, on its broadband network by year’s end.”https://t.co/IV8sepNDHH

Enron Takes Its Pipeline to the Net

(FORTUNE Magazine) – Enron­­a champion of business’ old world­­is plunging into
the new. Its audacious executives think they can fundamentally alter the way the Internet works. Proclaims CEO Ken Lay: “I think we could become the preferred platform for e-­commerce around the world.” Huh? Isn’t this a gas pipeline company? Before we explain, recall that Enron has been consistently voted the most innovative large company in America in FORTUNE’s Most Admired Companies survey. If any old­ world company could thrive in the Internet era, it’s this one.

The Net play seems hard to swallow at first. Enron says it has a solution to one of the Internet’s fundamental problems­­ bandwidth. Everybody talks about how high ­bandwidth applications like video are the future, but hardly anybody can actually deliver them. That’s not just because consumers generally have slow 56K modems. It’s also because the Internet’s infrastructure is splintered and awkward.
The Internet really isn’t a network at all, argues Enron President Jeff Skilling. It actually comprises a bunch of separate networks, each the property of one operator, such as MCI WorldCom, Sprint, or AT&T. To deliver a broadband signal­­say, a digitized video stream­­over long distances generally requires that the data travel entirely on one dedicated fiber­optic network. Though these independent networks connect to pass data around, getting one network to reserve a pathway for another’s traffic is complicated. It can require months of negotiation for deals that often last years at a locked ­in price.

So customers (mostly small telecoms and businesses that host Internet applications) face a dilemma. If they reserve enough bandwidth to handle only their regular needs, they’ll have problems when usage spikes. But if they buy enough pipeline space to serve their maximum demand, they waste money on access they’re not using. Customers would benefit enormously if they could mix and match networks to get the most flexibility and best price. Enron’s solution: create a system in which everybody could connect to everybody else quickly and easily. Such a system will require a market for trading bandwidth. Like a market maker on Wall Street, Enron will buy up pipeline space from other networks, maintaining an inventory that it can then mark up and sell to customers as needed. Owners and users of fiber­optic lines could then trade capacity back and forth, setting prices with standard contracts.

Enron, which created a similar market for the gas industry, says it has the technology to stitch together the disparate networks. It aims to have its market operating in the first quarter of this year. Says Joe Hirko, CEO of subsidiary Enron Communications: “We want to fulfill the original vision of the Internet, which is a competitive ubiquitous network capable of broadband application delivery.” Enron arrived here by a circuitous route. In 1997 it acquired a small Oregon utility that was in the process of laying fiber­ optic lines. Enron continued laying fiber and then started trading strands with other fiber owners, a common practice in building networks.

Today it owns 13,000 miles. Some entrepreneurial folks inside the company decided to use the network to enter a new business­­broadband hosting. The so ­called Enron Intelligent Network now carries broadband content on an as­ needed basis for big customers like TV networks and financial services companies. So if, for example, Merrill Lynch wants to have a one­time video broadcast for its analysts over the Internet, Enron can provide the necessary bandwidth.

Enron has a history of finding its way into new lines of business. It was once solely a gas pipeline operator. These days it’s still the second ­largest operator of gas pipelines in the U.S., but it has also become the nation’s largest buyer and seller of both natural gas and electricity. It pioneered the idea of making a market in both commodities, and helped create the infrastructure to allow trading. Now well over a quarter of Enron’s profits come from trading and associated businesses, including risk management, credit services, and consulting.
To Lay and Skilling, today’s telecom landscape looks an awful lot like the disorganized gas industry did before the early 1980s. Skilling calls it “deja vu all over again.”

It was a short leap, they realized, from building a broadband infrastructure to trading­­already one of the company’s great strengths. Lay says precedent is on his side: “Everybody in electricity said it wouldn’t work, that we couldn’t do in electricity what we did in gas. But it took four years for us to become the largest supplier of electricity in the U.S. They were wrong.”
Enron is installing huge Sun servers­­ 200 so far, with 1,000 planned by year­end­­around the world to aid in delivery of broadband content. To facilitate trading, the company is also creating what it calls “pooling points” where networks can interconnect. Finally Enron has created management software that allows customers to reserve and schedule bandwidth and pick a quality of service. Enron expects to profit two ways. First, it hopes the trading system will sell more service through its own network, which covers only a small portion of the roughly 200,000 miles of fiber in the U.S. Second, Enron expects to make money on the spread between buying and selling prices for the bandwidth, as well as on related activities like risk management services.

Professional observers mostly express optimism about Enron’s prospects. Says Steven Parla, an energy securities analyst at Credit Suisse First Boston: “For Enron to say we can do bandwidth trading is like Babe Ruth’s saying, I can hit that pitcher. You tell him to get up there and take three swings. The risk is staggeringly low, and the potential reward is staggeringly high.” Brownlee Thomas, a senior telecom industry analyst for Giga Information Group, agrees. She applauds Enron’s entry into a business she calls “very sleazy­­a bunch of cowboys and carpetbaggers.” She adds, “What’s new is that Enron is trying to make bandwidth a commodity. Absolutely, it will succeed. I think everyone wins.

” Enron gets mixed reviews from industry incumbents. John Sidgmore, vice chairman of MCI WorldCom, is dismissive: “Honestly, what possible expertise could Enron have to help in the communications industry? They have zero experience that I know of.” Over at Global Crossing they take a different view. The aggressive transoceanic fiber operator was the first telecommunications firm to strike a deal with Enron, selling capacity from New York to Los Angeles in early December. Jon Tingley, president of Global Crossing Services, says he sees “some of the difficulties of making it work.” But he adds, “I have no doubt those difficulties will be overcome, and I think Enron will probably have a leading role.”

Enron’s new business puts it in competition with Internet high fliers like Akamai Technologies. Could Enron’s stock, which has doubled since September 1998, achieve an Internet-type valuation? Says Skilling, who has Akamai’s market capitalization on the tip of his tongue (recently $25 billion, compared with Enron’s $31 billion): “We think our technology has as much value as Akamai’s, plus we have a physical network comparable to somebody like Qwest–maybe not in miles but in cities we connect. So you can see how big this can be.”

Skilling may be overoptimistic, but Enron has resources most dot-coms would die for. In today’s environment, where every well-funded tech whippersnapper looks like a genius, it’s tempting to root for a graybeard.