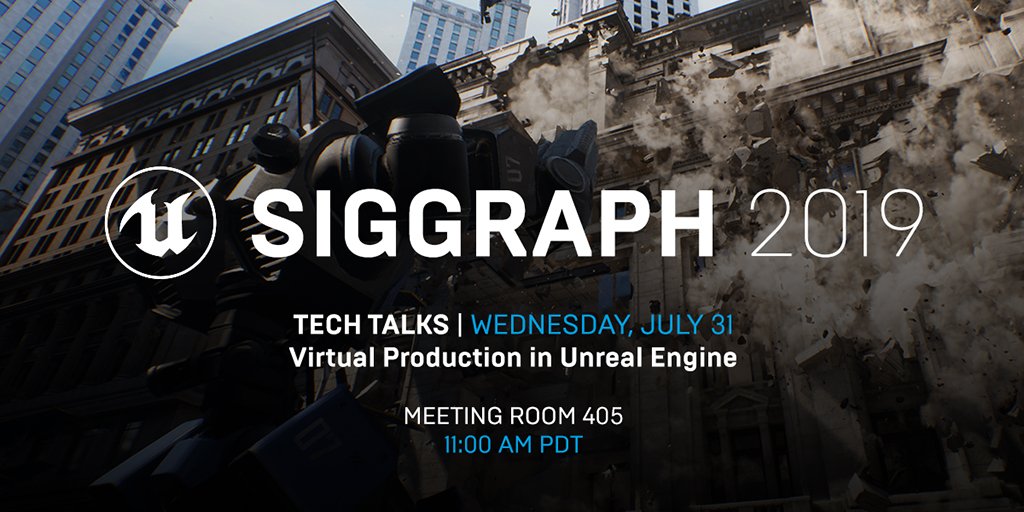 Last weeks annual ACM SIGGRAPH conference was something to be hold.  Its the preeminent gathering of computer graphics pioneers in the world. Full stop. As such, it is something of a time machine, a visit to SIGGRAPH affords a glimpse at where industries that rely on computer graphics will be in over the next decade, depending on how close you’re willing to look.  For our immersive family this is the place to scope out what’s on the horizon in virtual and augmented reality, the broad collection of disciplines that is rapidly becoming referred to as “immersive tech.”

Day One: The User Group
At the end of day one Epic Games held their Unreal Engine Users Group meeting, which served as Epic’s off-site keynote for SIGGRAPH.

Now when you think Epic Games you probably think Fortnite — currently the most popular video game in the world — and you’d be right. What you might not know is that the Unreal Engine, the game engine that powers Fortnite and a whole lot of other video games, has become a big deal in everything from commercial to film production.

Epic brought out executives from Digital Domain, ILMxLab, and Walt Disney Imagineering among others to talk about how the game engine is being used to enable real-time photo-realistic graphics. Which means that, for instance, special effects can be created in real-time while on set, so that instead of waiting to see how a finished FX shot will look like, directors and their art teams can see that through the viewfinder.

TTF Virtual Production Supervisor Kaya Jabar (Game of Thrones, Dumbo) was a featured speaker at Unreal Engine’s User Group Meeting, where Jon Favreau even made an appearance. If you missed it, click here to watch! https://t.co/91eNoNL23c #GOT #SIGGRAPH2019

That opening scene arriving at Pride Rock, shot on a drone.
Hakuna Matata, used a dolly.
Mufasa teaching Simba a lesson, lensed w a Pan-Tilt wheel.
Simba vs Scar was captured with a SteadiCam.

The only thing that The Lion King (2019) has going for it are the virtual production systems that were used to remake the 1994 animated classic.https://t.co/WDKZpP1sgP