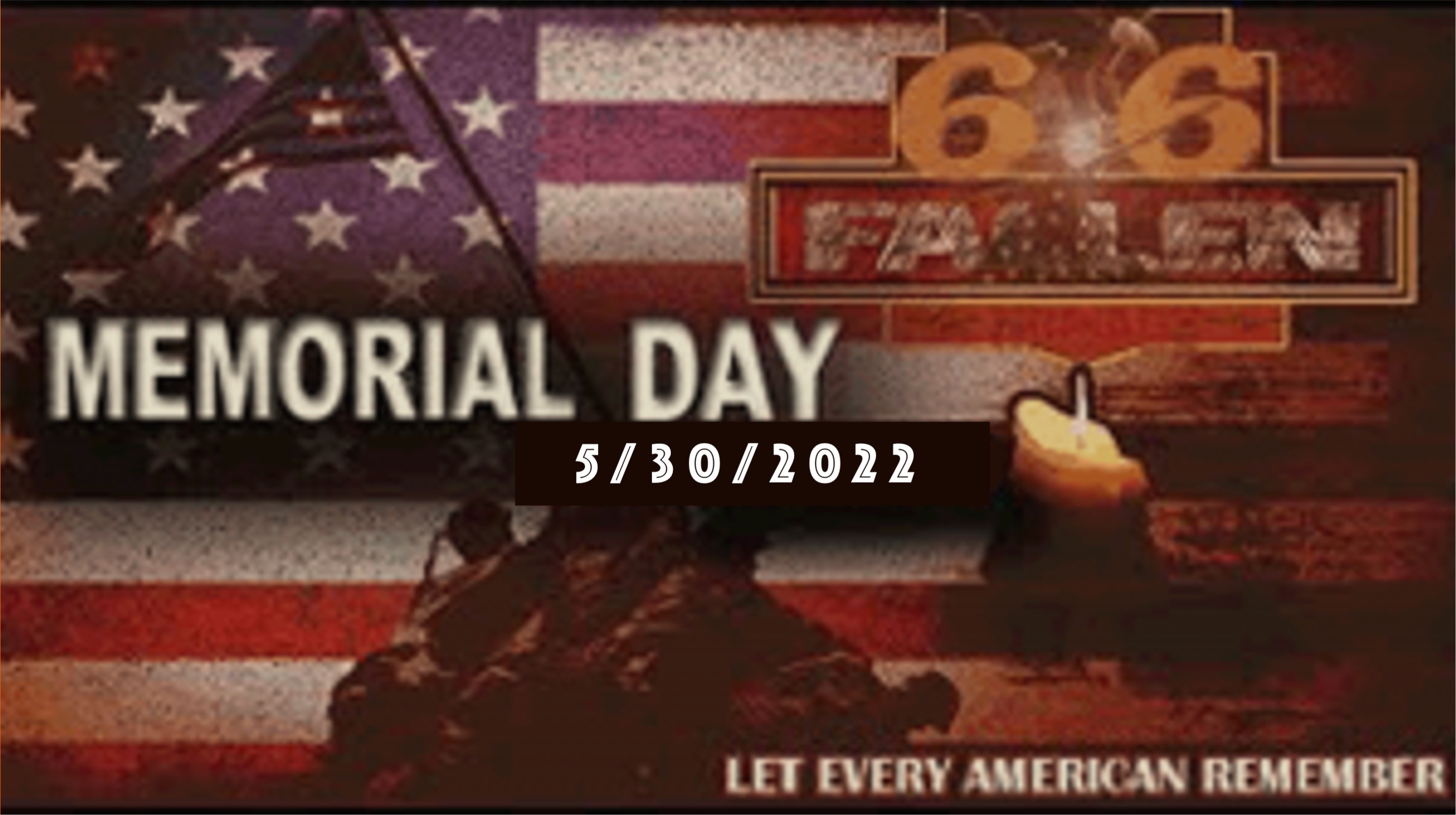 Memorial Day 2020 will provides a milestone in our quest to get the members of the Fallen 66 recognized for their valor, service and sacrifice. Keep those family member in your heart of the men and women who gave all in the service of the United States as you celebrate this three-day weekend, and don’t forget the fallen from COV-19 either.

We pay homage to those African American Diversity Change Agents aka the Fallen 66. They gave all, and we aim to make sure you know their names on Memorial Day May 28. pic.twitter.com/55lBsmsSun

Captain Lawrence E. Dickson was the first of 66 Tuskegee Airmen pilots aka “The Fallen 66 was laid to rest with honors augmented by an F-16 missing man fly-over, Friday March 22nd at Arlington Cemetary.  His remain were repatriated from a crash site and went through the rigorous process of identifying him to the exclusion of no other by requesting Mitochondrial DNA from his daughter, Marla Andrews the first step evolved, and two years later, he’s finally home.  The other remaining pilots are awaiting the same honors.

Nearly 75 years after his fighter plane crashed in Austria, Dickson, a Tuskegee Airman, was laid to rest at Arlington National Cemetery on Friday as four Air Force jets roared overhead and his daughter and grandchildren looked on.

A stiff wind rustled nearby magnolia trees as the mourners sat before his silver casket, and his 76-year-old daughter, Marla L. Andrews, received a folded flag from an Army general that knelt before her.

If you saw four F-16s streak over Arlington in a missing-man formation yesterday and wondered about the story behind that flyover: After almost 75 years, we brought Capt. Lawrence E. Dickson, a Tuskegee Airman, home from WWII. https://t.co/0PW7kV2sbr

Soldiers place an American flag over the casket of @USArmy Air Forces Capt. Lawrence Dickson at @ArlingtonNatl in Va., March 22, 2019. Dickson was a Tuskegee Airman who went missing in December 1944; Rest in peace.https://t.co/G6PuSkuLxU pic.twitter.com/BzuG3opxbb

It was a solemn farewell for a daughter who cherished a father she never knew — she was 2 when he died — and who lamented the life she might have had. “I don’t think I would have felt so empty and so alone,” Andrews, of East Orange, N.J., said Thursday.

“I heard many people say that he was very friendly, he was very warm, he was extremely personable,” she said. “I just had the feeling that if he would have lived, it would have been so different. “But he didn’t,” she said.

So she strove to raise her children so her father would have been proud of them. And although there were painful times, “I just have to thank God that he got me through as far as he has,” she said.

Be thou at peace: Tuskegee airman and Distinguished Flying Cross recipient Capt. Lawrence E. Dickson, who died on his 68th combat mission, is buried at Arlington 75 years after his death in World War II https://t.co/IlRSax3Yui via @michaelruane

In July, the Defense Department announced that it had accounted for Dickson, who was among more than two dozen black aviators known as Tuskegee Airmen who were still missing from World War II.

Dickson, who was 24 when he went down, joined the Army Air Forces from New York and was a member of the 100th Fighter Squadron, 332nd Fighter Group.

He trained at the Tuskegee Army Flying School and crashed in mountainous southern Austria on Dec. 23, 1944, while on an escort mission. He was among the more than 900 black pilots who were trained at the segregated Tuskegee airfield in Alabama during the war.

They were African American men from all over the country who fought racism and oppression at home and enemy pilots and antiaircraft gunners overseas.

More than 400 served in combat, flying patrol and strafing missions and escorting bombers from bases in North Africa and Italy. The tail sections of their fighter planes were painted a distinctive red.

During the service in the Old Post Chapel at Joint Base Myer-Henderson Hall, Sanders spoke of the Israelites’ escape from slavery, comparing it to men such as Dickson helping African Americans on their exodus from bondage.

Had the good fortune of getting to welcome home Capt. Lawrence Dickson, the first of 27 MIA Tuskegee Airmen found and identified from WWII, today. 75 years later, he will be laid to rest at Arlington National Cemetery later this week. pic.twitter.com/2X552It2CO

“Where you’re going has something to with where I’ve been,” he said. “The bones of Joseph, like the bones of Captain Dickson, tell a story.” During a dig in 2017 at the crash site, near Hohenthurn, Austria, a ring belonging to Dickson was found in the dirt by a University of New Orleans graduate student, Titus Firmin.