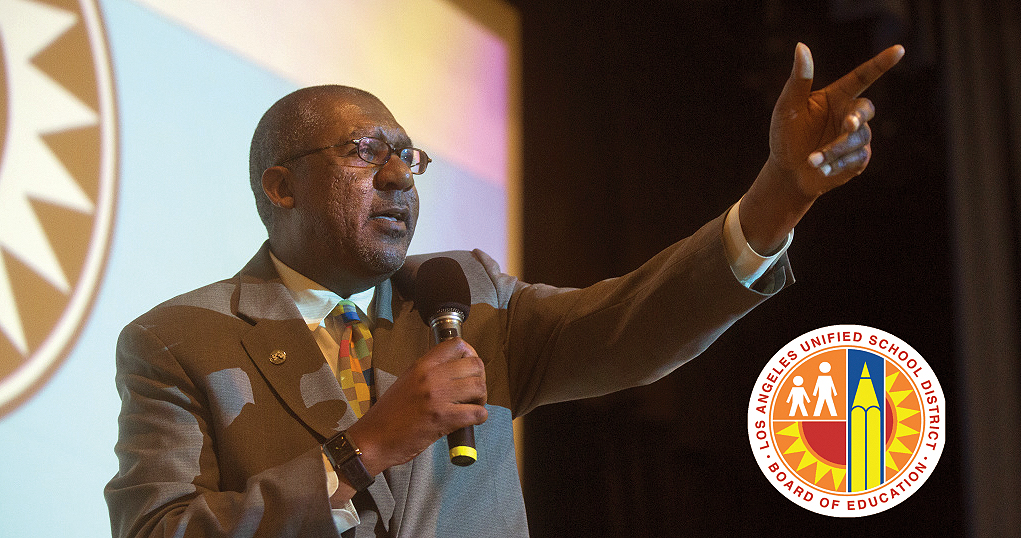 LAUSD’s Rory Pullens on How to Diversify Hollywood: “We Are All in This Together” 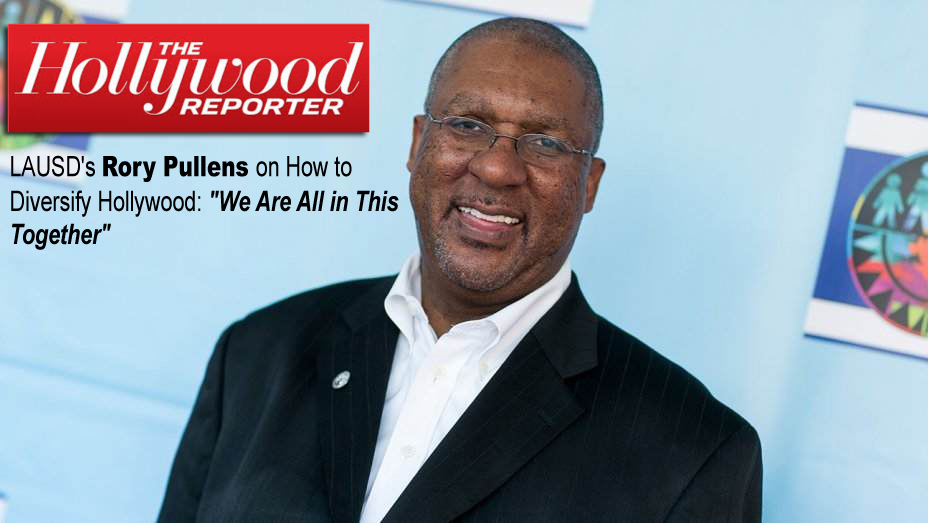 L.A. has a diverse generation of talent waiting to enter the entertainment business right in its own backyard, says a top education executive.

How Hollywood can diversify its ranks — in every area of the business from the creative sides through the executive ranks — is a subject that has seen its fair share of headlines, especially during the last week. But Rory Pullens has yet another possible solution, though this isn’t one that has been featured as prominently on Twitter or tabloid TV.

As the executive director of Los Angeles Unified School District’s arts programs, Pullens is hoping to remind the industry that there’s a diverse generation of talent growing up in Hollywood’s backyard that could be the backbone of the industry in the coming years. And he’s already working to make sure that this particular solution remains top of mind around town.

Pullens, who has held his post for less than two years, hired Alyson Reed as an industry outreach liaison and the two have been taking meetings at agencies, unions and studios to promote LAUSD’s “Adopt a School” program, which sees entities partner with particular schools in the district to share resources, staff, experience and expertise (all tailored to the needs of the schools and flexible, based on location and resources). The results of the relationship, he says, could lead more students to pursue careers in the entertainment business, thanks to early exposure and advice from industry experts. 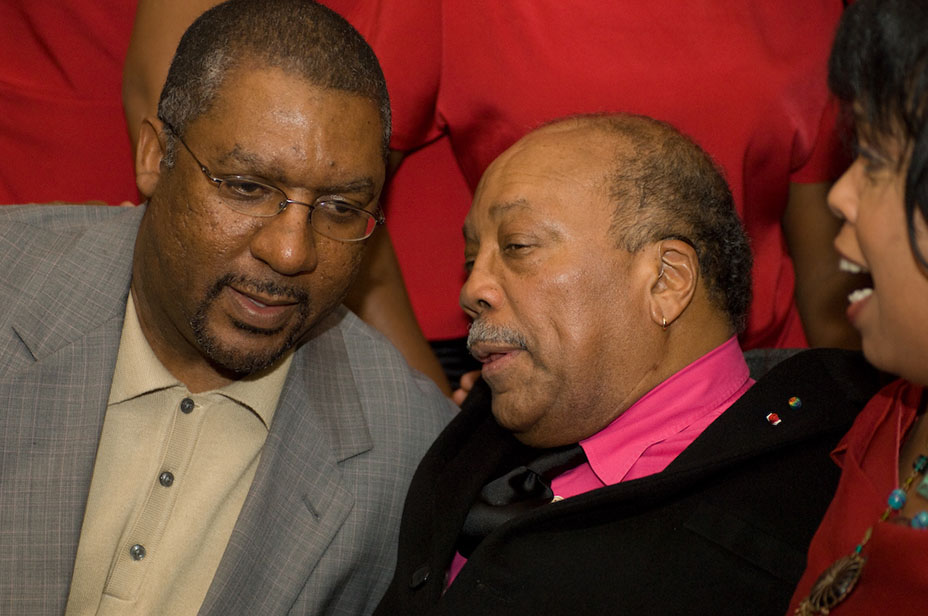 According to Pullens, his team has signed on partners including the Academy of Motion Picture Arts and Sciences, Nickelodeon, Sunset Bronson Studios, Sunset Gower Studios, CBS Radford, Univision, Raleigh Studios and others. “The response has been nothing less than fabulous,” Pullens tells The Hollywood Reporter. “Through this program, we can strengthen the pipeline. If we are going to bring up the next generation of workers in the industry, then we need to start right here in our own backyard.”

It’s a diverse backyard, too. From a long-term perspective, these programs can “impact what the worker in the industry begins to look like,” Pullens notes, citing a LAUSD student population that breaks down to 74 percent Latino, 9.8 percent white, 8.4 percent African American and 6 percent Asian. “There are 94 different languages spoken within LAUSD,” he adds.

Pullens spoke with THR about his goals for the initiative and detailed his own past in the entertainment business, experience that he says is helping him “speak the same language” with industry professionals.

READ MORE #OscarsSoWhite: Academy Chiefs Reveal Behind-the-Scenes Drama That Led to Historic Change (Exclusive)
The dialogue in Hollywood right now centers on an important conversation — how to diversify the entertainment industry in all facets of the business. Some of what you’ve been working on as the executive director of the LAUSD’s Arts Education branch can offer solutions. Can you talk specifically about what you’ve been working on and how it can help?

It’s ironically appropriate that we’re having this discussion. When you look at LAUSD and when we look at how can we effectively change that reality that Hollywood is existing in now, it is in part forming closer relationship and partnership with the school district and looking at students being engaged in the arts. Not just for the artistic classes’ sake, but looking at it through the lense that this is a potential workforce pipeline. We get our students in LAUSD exposed to this industry that really envelops Hollywood, but nationally and internationally as our greatest export. We can start to see changes. We initiated a program on May 28, 2015, called the Creative Industry Adopt-a-School Program and we launched this program in Hollywood at one of our middle schools, Le Conte Middle School, which sits right behind [Sunset Gower and Sunset Brunson] studios. We wanted to create a workable and tangible relationship so these students can be exposed. We approached the studios on this and they were very amendable to the point where they are in the process of doing a complete makeover of the auditorium space at Le Conte — new lighting system, new sound system, installing a new control board, bringing in spotlights, redoing the stage floor and not only that, but having professionals from the studio come over to the school to talk to students about potential careers in these areas, as well as hosting master classes and workshops with groups of students. I’m really encouraged by that particular success.

What reaction do you get when you go around town to the studios and try to set up partnerships or even internship/externship programs?

We get a variety of responses, but most common is one of these. Either it’s, “You know something, it’s about time that you came and actually reached out to us because we’ve always wanted to support what goes on in arts education in L.A., but we didn’t know how to do it or who to contact. So the fact that you are reaching out to us is something we really appreciate and by all means we want to work together.” The other response is, “Over the years, we have tried to interface with LAUSD but it has been so challenging. We reached out to district but we don’t get called back. We have gotten to the point where we have given up on LAUSD. LAUSD is so large and so unyielding that is almost impossible to deal with. We’ve moved on.” When I get that kind of response, I make it clear to them, so to speak, there is a new sheriff in town. I have only been in this position as executive director for a year and a half. Since at one point, I used to work in the entertainment industry, I actually understand how the industry works and operates and we can speak the same language. If they give LAUSD another opportunity, I’ve got a specific person who can be your point person and this will be a one-stop shop. We will be able to put together this partnership and relationship that can serve as a win-win. LAUSD can provide the future workforce so it only makes sense that we start working together towards that end. 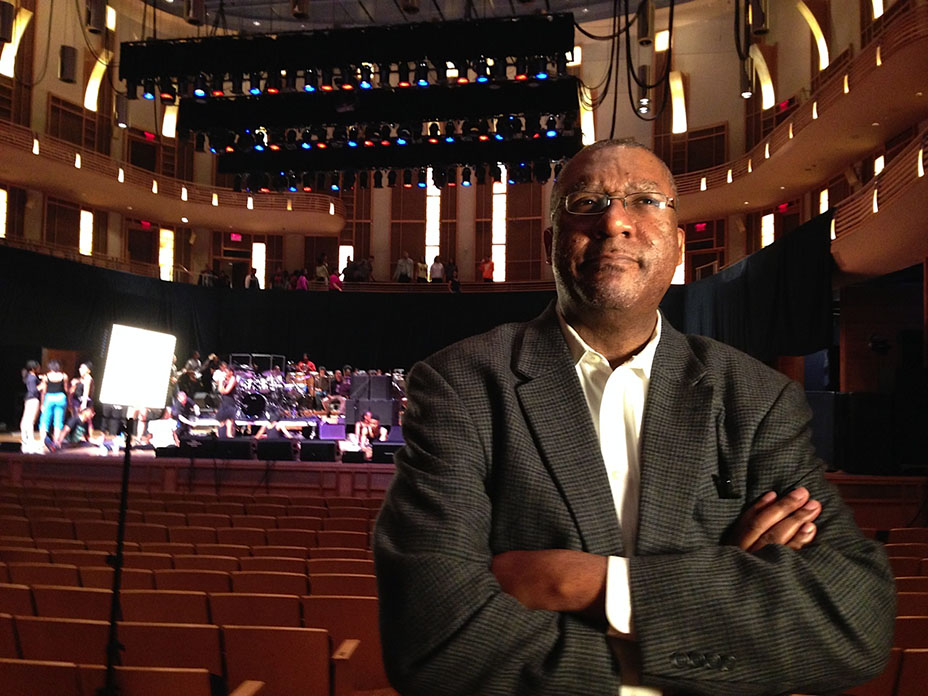 You mentioned your past in the entertainment business. Can you tell me more about that experience?

I was a script writer in the industry, working on stage, television and film [projects]. I worked as a writer on the television show, A Different World. I also worked on Stand and Deliver as an editor on that particular film. … The industry experience certainly helped transform my life as a young artist and to be able to now work as executive director here in LAUSD. And most recently — for the last 10 years — I was CEO of the Duke Ellington School of the Arts in Washington D.C. Prior to that, I ran the Denver School of the Arts in Denver, Colo., for seven years.

What are your challenges you face in expanding the arts in Los Angeles and working in this way with Hollywood?

When you’re the second-largest district with over 700,000 students and 1,200 schools, scale just becomes an issue. Being able to provide quality arts education in every single one of your schools … it’s much easier when you’re a district that has 20 schools K-12. It’s much easier to wrap your arms around this. Here in Los Angeles, the amount of funding you need to provide access and equity for all your schools is quite an undertaking. Last year, my budget was at $18 million. Today it’s at $26.5 million and next year, it will be in the upper $30s at around $37 million. To grow your budget and almost nearly double it in a two-year period is a board saying, “We are behind the importance and the value of arts education.” Even with those kinds of budgetary increases … [it] is not enough money to provide excellence in arts education for every school in the district. This is the reason why we are reaching out to the entertainment industry saying, “We can’t do this alone.”

I don’t have specific data on that. Since we’ve initiated this program, we are going to begin to more specifically amass that particular data. We do know this, we know that in Los Angeles, one out of seven individuals are employed by — in some way, shape or form — the creative industry. This town is largely shaped by this particular industry. Whether we are adequately preparing students or not, the reality is that it’s going to impact your life. It only makes sense. It bears to our responsibility that we prepare young people for this workforce opportunity.

And what do you want artists or executives to know about LAUSD? And how can they help? 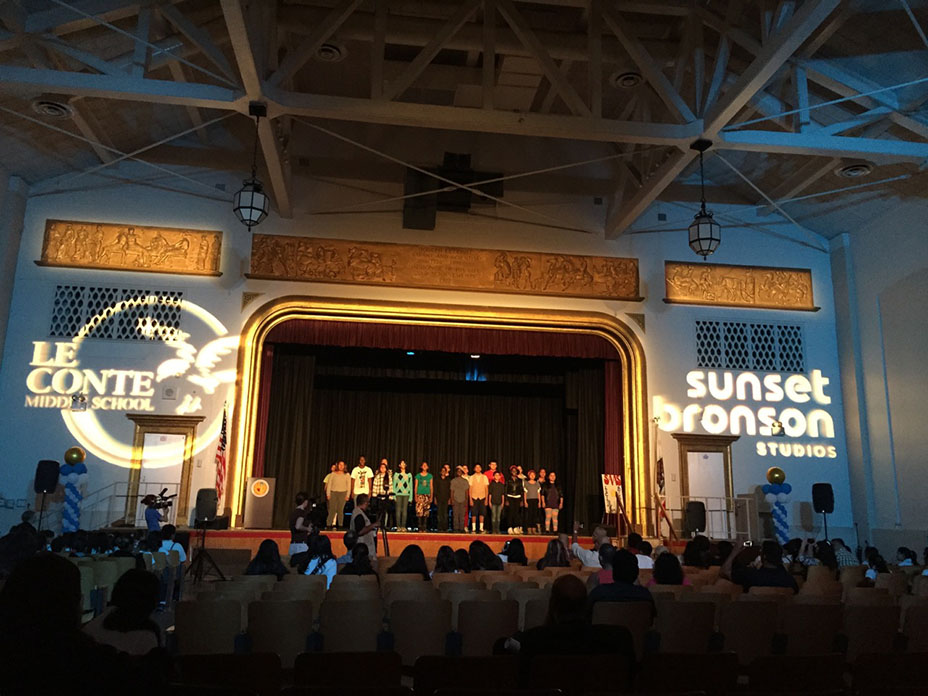 What we are engaged in right now is that we are looking for a variety of broader artist partners to come on as sponsors. And if they simply contact rory.pullens@lausd.net I will connect them with someone on my team who can follow up. There are others who may be interested in providing some personnel to come out and conduct some of these workshops. We are always welcome to include them to be a part of this because this is an opportunity for us to be connected in Los Angeles and working together for the betterment of our young people. We want to motivate young people so that we can continue to build on our graduation rates. They really have a dream of what they can become in front of them. They have a future in their minds and their hearts that they want to pursue. It’s up to us as a larger community and a broader society. We can’t just leave it to the educators who work in the classroom. We are all in this together.