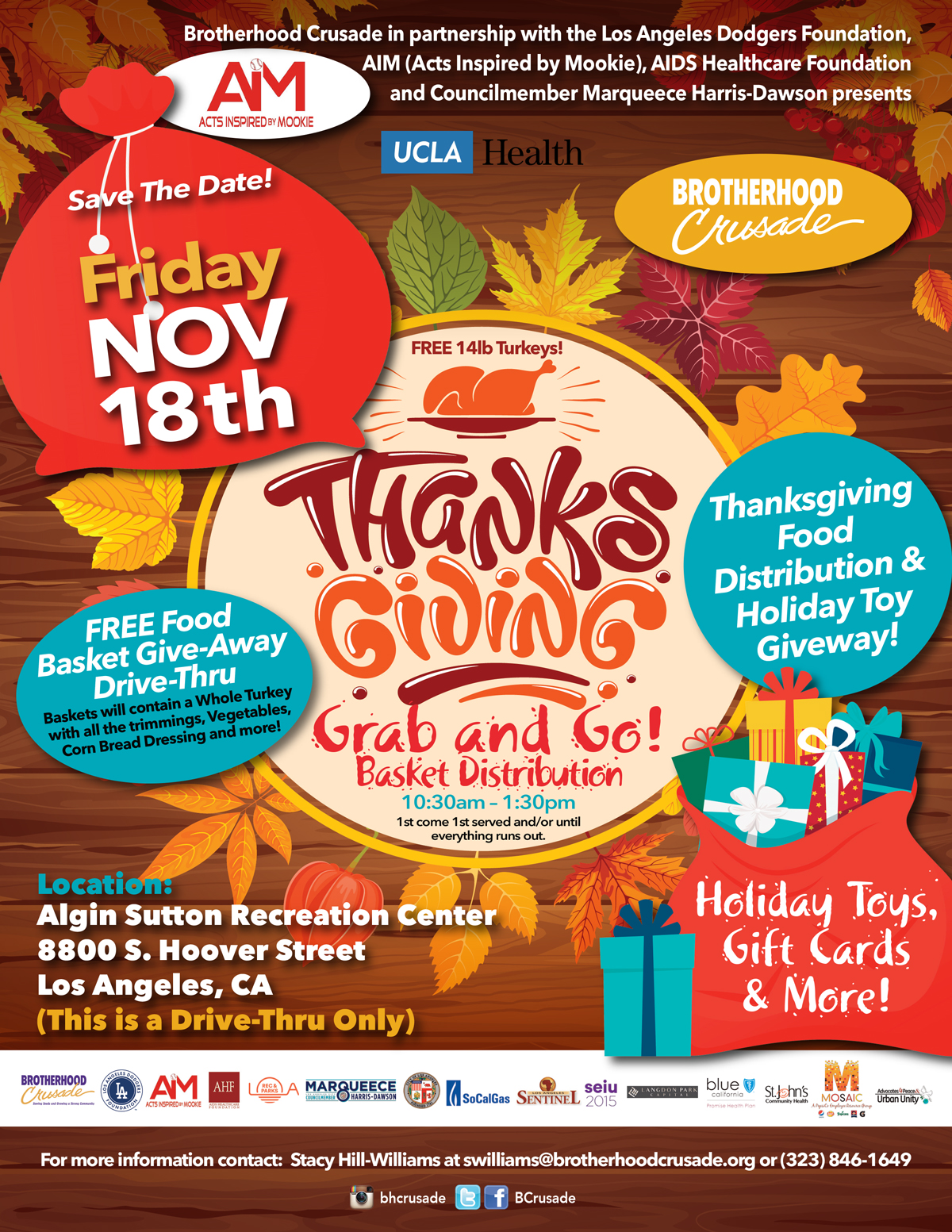 Los Angeles Dodgers superstar Mookie Betts in conjunction with Los Angeles City Council members Marquise Harris-Dawson,  Heather Hutt and the BrotherHood Crusade had over 1000 families catch a holiday package he and his wife Brianna helped deliver. Among the volunteers handing out turkeys ahead of Thanksgiving, joining efforts with the Los Angeles Dodgers Foundation to giveaway meals as well as some early Christmas giveaways.

Dakar had two Apprentices, Damone Williams, and Jordan Cabungcal  (JP) handling the all of the sights and sounds of the 3-hours experience at the Algin Sutton Recreation Center, 8800 Hoover Street in Los Angeles. The line wrapped around several city blocks as cars idled waiting for their turn to drive away with the goods.

Dodgers: The @DodgersFdn, along with @mookiebetts and @BCrusade, hosted a Thanksgiving grab-and-go drive-thru this morning for 1,000 families in South Los Angeles. They received turkeys, groceries, and more. pic.twitter.com/9BwTw0qQ0a

Mookie Betts vibin' and giving out Turkeys. Asked Mookie about how much pride he takes representing the Dodgers in the community.