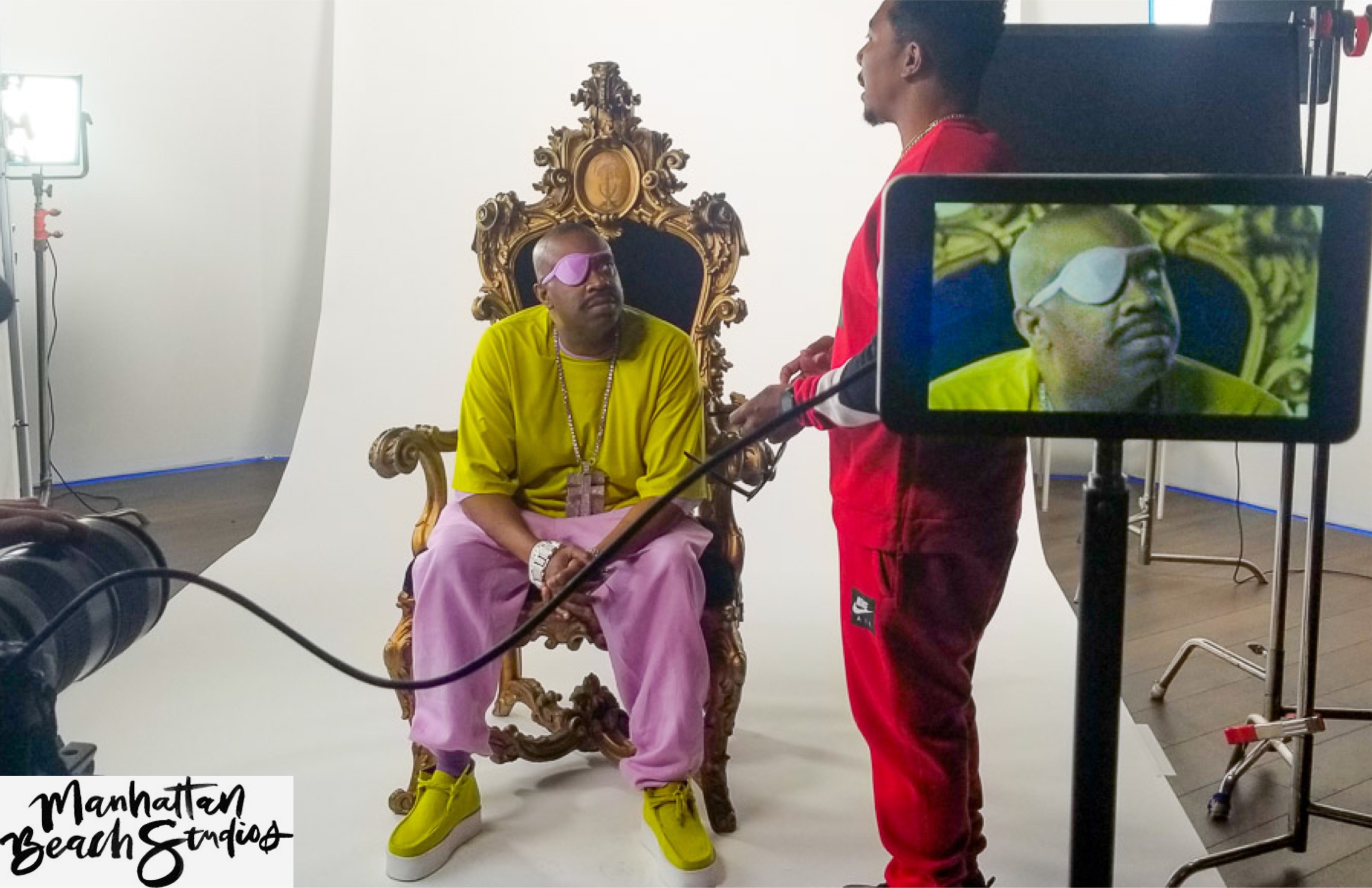 BIG Thanks to Lamont and David for blessing Dakar with an Apprenticeship session/tour @MBSMediaCampus with two of our strongest candidates for future leaders in our quest to build a smart pipeline, #virtualhollywood, #California Apprenticeship Initiative. pic.twitter.com/R6vjCoKPhV

Dakar Foundation took a crew comprised of Juliette Carti. Cameron Hicks and myself to premiere production space in SOCAL,  The Manhattan Beach Campus  (MBS).  We were greeted by  production assistant Claudia who gave us a brief history of her tenure there, then the meetup turned into a master class led by Mark Nicholas , Manhattan Beach Studios, and Lamont Peete. We discussed the way ahead had for Dakar mentees to on-board for paid apprenticeship opportunities to learn virtual production, live broadcasting ( remote) and immersive media.

Rain or shine (mostly shine ☀️) MBS Media Campus has been around for over two decades and we are proud of our name and city!#MBS #MediaCampus #MBSStudios #MBSMediaCampus pic.twitter.com/YbQN8WvxvQ

MBS is where, Marvel, Avatar 2, Insecure, Star wars, (Obi-Wan, Kenobi, Mandaloria and many other major found the TV programs. Below are some of the conversations we we had to jump start our summer session. We were on the set and offices of Manhattan Beach Studios inside of the campus.

The two mentees I little little about the tech world and the infinite avenues one could take to break into the media industry. However, Dakar doesn’t only focus on media, they also understand the importance of bridging the gap. This is why it was critical for us to Meet Mark and Lamont in their sandbox.

We  hope they adapt to David and Lamont’s pace quickly and made sure that they take notes and write down the important details in thire meetings, just in case they might need them later. Dakar has connections and that is what the industry is built on. Whether you’re in technology, entertainment, or sports; you need connections to get you further and the only way to strengthen those connections is with legitimacy.

Dakar ensured that they had something to talk about in every step of the meeting we engaged.  There was no agenda, just a free-flow of energy.  I think the lesson from here for all of us, is when we show up with something to talk about, you have something to contribute. It’s important to know the culture of the company you’re onboarding,  because then you know where you may be able to fit in and shine.

I  hope that Juliette and Cameron will be  able to adapt rapid changes and learn how to learn while not being afraid to make mistakes.  I  also hope they can make sure their assignment a fun experience while staying on schedule with everything that David and Lamont plan for the weeks in advance, and work hard to communicate with them so they understood where they are at-all time.