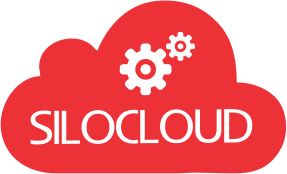 With some simple skills you can take your live streams to the next level. Make broadcast quality streams that are more than just you talking into the camera.  Listen to our session below with Hopin regarding next generation steaming capabilities for our upcoming event, Feb. 28th.

From pivot to reinvention to present, innovation is driving the future of our industry at an accelerated pace. Fast. Furious. Constant. Here is where you’ll see stealth at work and possibility at play. And — it’s an entirely reimagined experience. Now more intuitive than ever, you can pick your path among three carefully curated collections of exhibits and education illustrating the entire content lifecycle. We’ve got everything you could possibly imagine and what’s well beyond the periphery of possible waiting.

We are excited to be a speaker and sponsor for the #OTT event of the year, the #NAB Show Streaming Summit in Las Vegas, April 25 & 26. Hope to see you there!https://t.co/mn6TYipRTQ#streamingsummit #nabshow #streamingmedia #SVOD #AVOD #payTV #pdgconsulting pic.twitter.com/HsKFyxux4H

Live Streaming is a new technology that has transformed broadcasting. It used to be that if you wanted to broadcast your video live you had to have millions of dollars of equipment and a cable channel. Now all you need is the smartphone in your pocket. With some simple skills you can take your live streams to the next level. Make broadcast quality streams that are more than just you talking into the camera.

“An over-the-top media service is a media service offered directly to viewers via the Internet. OTT bypasses cable, broadcast, and satellite television platforms, the types of companies which traditionally act as controllers or distributors of such content.” $EEGI https://t.co/r1gft56uT2 pic.twitter.com/WADlp3aAdJ