On Thursday, August 25th, Dakar Foundation’s Executive Director Kevin Clark met with Jordan King to discuss a partnership in launching a media makers salon to showcase JP Morgan Chase’s Los Angeles small business accelerator/incubator designed as a cloud based repository of licenses and solution to jumpstart commerce, and to sustain environmental issues such as the Covid19 Pandemic. In our tour Dakar was given a set of initiatives that will mary well with a fall semester BrownBagTV program intended to enable students in digital media career pathways to make stories for clients such as JP Morgan chase jump of multiple screens and into the consciousness of new those future and current clients interested in deploying better tactics and techniques to acquire wealth, and those hoping to growth their existing financial profiles in known and a little unknown future ways. 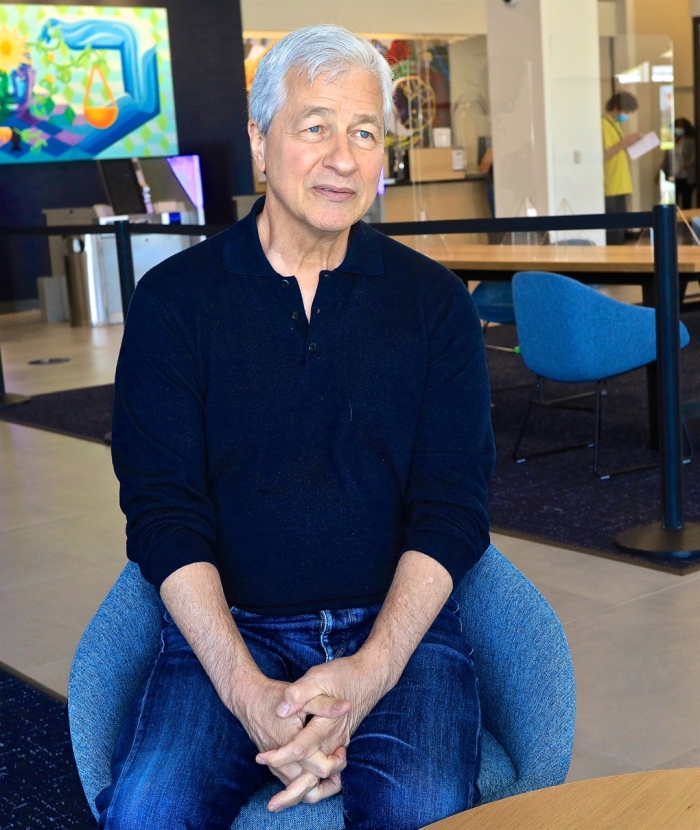 Chase Bank looks to challenge financial barriers in underserved communities with the modernization of the financial firm itself.  May 6, 2021 marked that historical moment of change in Los Angeles; a reimagined financially integrated community center in the Bakewell building, on corner of Crenshaw Blvd. and Vernon Blvd., has created a new model of banking in the Crenshaw District by responding directly to the needs of the surrounding community.

On Wednesday, June 2, JPMorgan Chase Chief Executive Officer Jamie Dimon, visited the new community center branch; he described the cultural evolution of Chase and how the institution looks to become a pillar of growth in the Crenshaw community.

The public center’s goal unites the act of banking and the genuine needs of the community. Dimon reflected on this intensified process between the community and financial circulation, stating, “A community branch was an idea—we had this $30 billion racial equity commitment which is huge— but at the end of the day, it all takes place on a local level.” Dimon shared his excitement of being a part of this innovation and watching it unfold.

JP Morgan’s commitment to changing, evolving, and impacting generation wealth gaps for people of color is why Dakar has chosen to work with them as a partner.