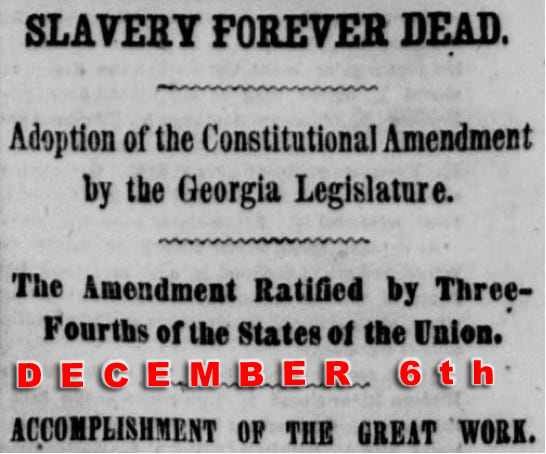 the greatest literature of America Black History by my brother Dr.
Carl Mack

For the last 2 weeks, we’ve been convening think-tanks via zoom below regarding how to become more activist for this upcoming Black History Month 2021. I believe that we’re gaining momentum and consensus on spotlighting a forum underpinned with Dr. Carl Mack’s comprehensive 4th edition calendar that will discuss, analyze and curate multimedia factoids.

This will challenge all of us to ask the question, why it’s taken historically 2020 to bring us to critical mass. So with that being said, we’ll proclaim that December 6th past, present, and future will generate an observance day in Los Angeles County, Dec. 6th, 2021.  We act regionally and pray that this wildfire will catch everywhere.

This day, December 6th will not only be a day of reflection but will become a day in which we engage and activate our communities to shop, and buy black exclusively. This can be started now, and with the formation of a group activist are planning and designing a relational data base for Black owned Businesses to be matched with consumer awareness of how to find and support these business whether online or curbside pickup. We don’t have to wait for December 6th, yet every movement has a strategy and inflection point to drive mass adoption, and so we have doing our part, please join us in our quest to make it happen big or die trying.

Happy Juneteenth!
This day celebrates the freedom of Texan slaves in 1865, marking the fulfilment of the Emancipation Proclamation: that all slaves in Confederate states were to be freed.
Full abolition came on December 6 with the ratification of the 13th Amendment.
-B

U.S. CONSTITUTION: AMENDMENT 13 Slavery Abolished 1865 Section 1. Abolition of slavery. Neither slavery nor involuntary servitude, except as a punishment for crime whereof the party shall have been duly convicted, shall exist within the United States or any place subject to their jurisdiction. Section 2. Enforcement.

Congress shall have the power to enforce this article by appropriate legislation. Reverend Henry Highland Garnet was an enslaved man who escaped from Maryland. As a minister, he was the first Black to address Congress. In his address on February 12, 1865, to the United States Congress, he spoke in favor of the proposal which became the 13th Amendment.

I share history every single day. And this is one of the most important ones. On this day, December 6, 1865, the country ratified the 13th Amendment, ending the institution of slavery in every state. pic.twitter.com/FAW9I0JQfG

If ever there should be a National Holiday celebrating the FREEDOM of Blacks, THIS DAY, has my vote! Besides, it’s the Holiday Season and this would truly be “BLACK FRIDAY.” On this day we should commit to shop ONLY at Black-owned businesses! On December 6, Black Freedom and Economic Day, I shall patronize Black-owned businesses ONLY!

The 13th amendment, which abolished slavery in the United States, was ratified 155 years ago today on December 6, 1865. pic.twitter.com/zHgQHlyi5m