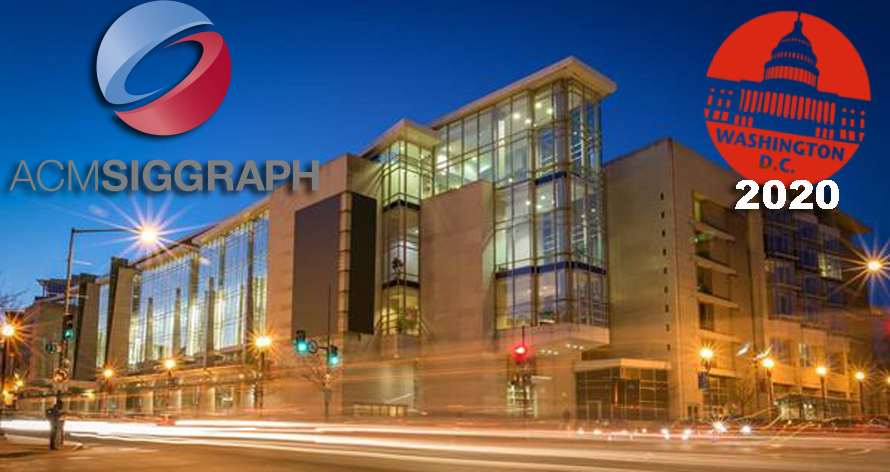 As a workforce placement specialist in new media I attend many, many conferences, some are purely for work and some I actually enjoy. Siggraph is one of those conferences in the latter category. As we look forward to Siggraph 2020 in D.C.  we also take a look back at what we learned and how to grow our contingency from Hollywood to the nations capitol.

Next July Siggraph will move to Washington DC. The venue change caused a bit of grumbling for many of the West Coast attendees, and participation by the Hollywood studios may be reduced. The goal is to expand the participation of East Coast studios and U.S. Government agencies.

Siggraph is a conference from the Special Interested Group for Computer Graphics and Interactive Techniques. It’s gone through many phases of growth and contraction and it’s going through another growth phase, a fair amount of it tied to the extensive use of computer graphics in movies and TV shows.

Thanks to all of the wonderful presenters, attendees, and special guest @Jon_Favreau who made our User Group such a success at #SIGGRAPH2019.

Production sessions are among the most popular ones. People responsible for special effects lay out how they accomplished their latest feats. The fact that the conference has been held in Southern California for three of the last four years also helps with participation by the movie studios.

Long-time SIGGRAPH attendee Andrew Glassner on why he loves the conference + what keeps him coming back ⬇️ https://t.co/F7Brea165H #SIGGRAPH2019

In the last few years virtual reality and augmented reality has taken center stage in the research sections at Siggraph, and the event has a dedicated theater built just for VR storytelling. Each showing ran for about an hour and included five short VR experiences, most of which were scripted but two of which required interaction with the storytelling. The best-of-show VR animation story “Bonfire” required the most interaction, and I found it was the most engaging of the five although the BBC had a pretty interactive Dr. Who animation as well. This year the VR Theater had 54 setups which were PCs supplied by Alienware and used the Oculus Rift S headset and Bose headphones. The schedule was usually booked up quickly each morning with an extensive wait list.

Another outstanding VR experience was a virtual tour of the Sistine Chapel. A big fan of Michel angelo’s work, Chris Evans, Siggraph 2019 Games Co-Chair, wrote a Python script to feed tourist photos into Reality-Capture, a new photogrammetry program. He could virtually paint the walls and ceilings and model vault proportions to within about 10 centimeters of the real thing using the Unreal game engine. Using the Valve Index VR headset, a viewer can explore the chapel up close without annoying guards yelling at them “no pictures.”

The standards consortium Khronos Group used Siggraph to release version 1.0 of its OpenXR standard. OpenXR simplifies the process of building AR and VR applications for a variety of platforms. Microsoft and Varjo demoed support for the standard. In the future, the group hopes to tackle a common standard for head-mounted displays.

This year Intel decided to make a relatively big splash at Siggraph. with the formation of a new graphics team, Intel is on a long-term build up it calls the Intel Odyssey to the release of a discrete graphics chip in 2020. The technical papers archive is a must for techies, and the playback of the UNREAL Engine End User show at the Orpheum Theater was movie magic.

Among other tech giants at the event, Nvidia had a large booth demonstrating its work building a ray-traced model of the Apollo 11 landing site. Nvidia also won a couple of research awards. One was for adaptive optics that could simulate any prescription without changing lenses (below), and the other was for an AI painting program called Gaugan.

With recent breakthroughs in #NLP, the world is one step closer to conversational #AI. Learn how we’re leading a new era of customer engagement in every industry. https://t.co/Xh6EiPXkQj pic.twitter.com/Z0r3GsEyrf