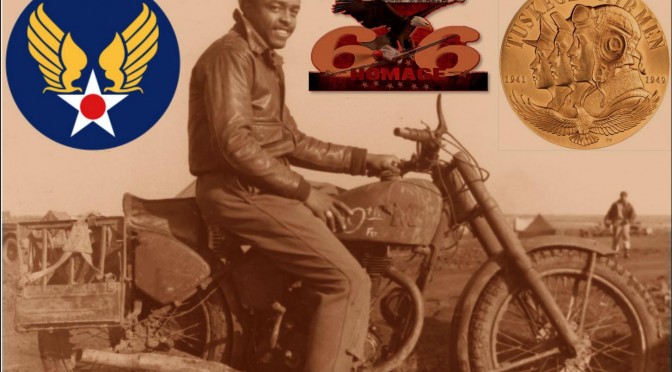 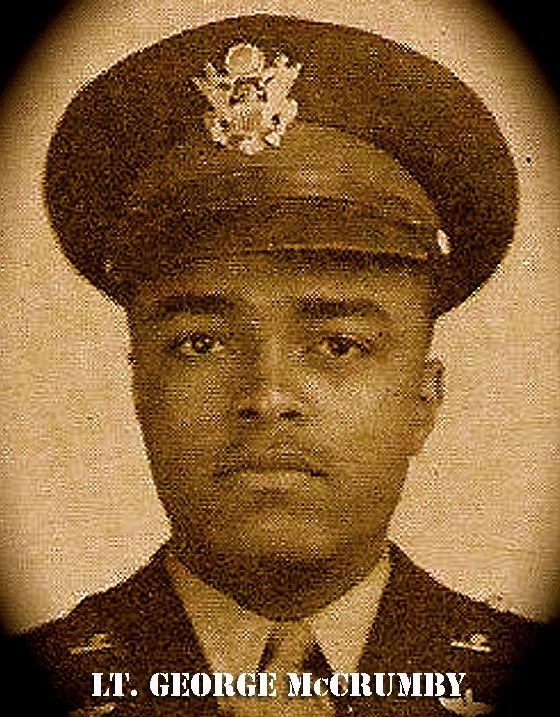 29 February 1944: 2d Lt. George T. McCrumby of the 99th
Fighter Squadron disappeared with his P-40 on a mission to Anzio. His plane was last seen over water near Gaeta Point, about 3 miles off the west coast of Italy. The last two pilots to see McCrumby were 1st Lts. Howard Lee Baugh and Erwin B. Lawrence, also of the 99th Fighter Squadron.
They supposed McCrumby left the formation to return to Capodichino because he had experienced engine trouble. (99th Fighter Squadron history, Feb-Apr 1944; Missing Air Crew Report 2812).

Bernard McCrumby the nephew of 1st Lieutenant George McCrumby. He is a history teacher, sports coach,and counselor for Junipero Serra High School in Gardena, CA. But his latest task is to crack open the cold case file of his uncle1st Lieutenant George McCrumby, MIA almost 70 years ago. I met withBernard in a ceremony to hand over all of the material I’ve received from the Department Of Missing Personnel and historians Dan Haulman and Craig Huntly.

I believe he can catalyze the next steps in getting his family including the chair of the science department at Compton High School(Compton, Ca), Dr. Lorenita McCrumby-Holloway to assist with the DNA collection that may be key to unlocking the mystery of one of 9,000 grave sites in Europe known as x-files.

Dr Lorenita McCrumby-Holloway says:
“The Fallen 66 project is significant as personally ithas the capacity to fill in blanks in our family history as to what happened toour family member as he was a participant in the fight for freedom and was amember of the Tuskegee Airmen. This is significant in my life especially as I am a alumni of Tuskegee University and I know my path was directed to thisUniversity because of my uncle.

Professionally this is a great real life project that will enlighten my students in relation to the type of forensics jobs that are available, the type of schooling you would have to pursue to acquire a job in this field as well as give them some initial tools and techniques that they can add to their science repertoire. This also gives my cousin Bernard McCrumby and I an opportunity to work on a collaborative project ashe is a history teacher as I am a science teacher. This would be a wonderful opportunity that provides several point of interest both academically as well as personally.”