As Kendrick Lamar gracefully hugged Taylor Swift, winner of the Best Album of the Year, a category he was nominated in, I felt like I’ve been here before.  Kendrick  is still the man sweeping all the rap categories with 5 grammys.  Kendrick, the pride of Centennial High shcool has kept Compton on a great ride via the critically acclaimed bio picture ” Straight Outta Compton”.  We only hope this isn’t the end of the line, with Kendrick on fire, I don’t think so.

To Pimp A Butterfly netted Lamar seven Grammy nominations this year (out of a total 11 nominations). Kendrick Lamar hit the 2016 Grammy stage and did not disappoint. The rapper delivered the performance of the night, walking out as part of a chain gang to perform “The Blacker The Berry” with his band locked inside jail cells.
Lamar followed up the striking visuals by performing “Alright” in front of a giant bonfire, and transitioned into a never before heard song utilizing some fast action camera work, before ending the his performance with the word Compton over an image of Africa in one of the most striking performance to hit the Grammy stage in years. The songs, both off Lamar’s critically acclaimed sophomore album To Pimp A Butterfly speak directly to the modern day black experience in America, and his performance delivered that message home better than anyone  could’ve hoped for. 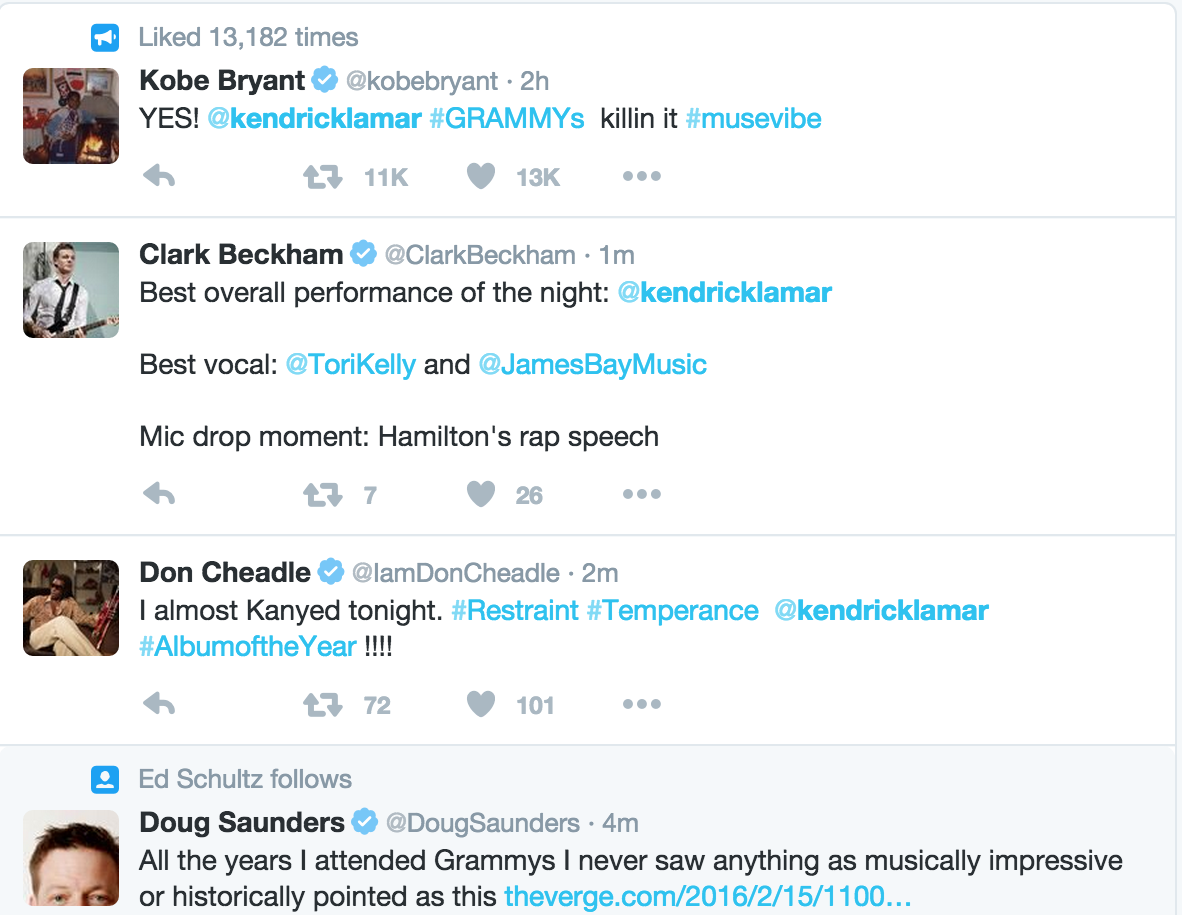