Dakar Foundation was the beneficiary of an informal chat with Charles Fields, Regional Program Manager The California Endowment (CE) about the meaning of their transformative policies for sustainable change for health in education.

Our conversation with mr. Fields focused on Dakar learning about the CE health initiatives and would could be applicable for our partnership with the Compton Unified School District (CUSD).

We first became aware of CE through a series of events that CE had funded, and provided grants to: “I AM Angel, “My Brothers Keepers Kick-off LA”, and the BET “My Brothers Keepers Forum.  The consistent thread was Dr. Robert K.Ross, who’s insight for innovation in mental health intervention inside of “inner city schools” was most memorable.

In our conversation with mr. Fields, we discovered that our existing My Brothers Keepers campaign seems to be a natural fit for the Sons and Brothers Program that focuses on Los Angeles.

With leadership from Dr. Ross, and Mr. Fields Dakar believe CE  can provide an extra layer of services to take our CUSD partnership to another level. 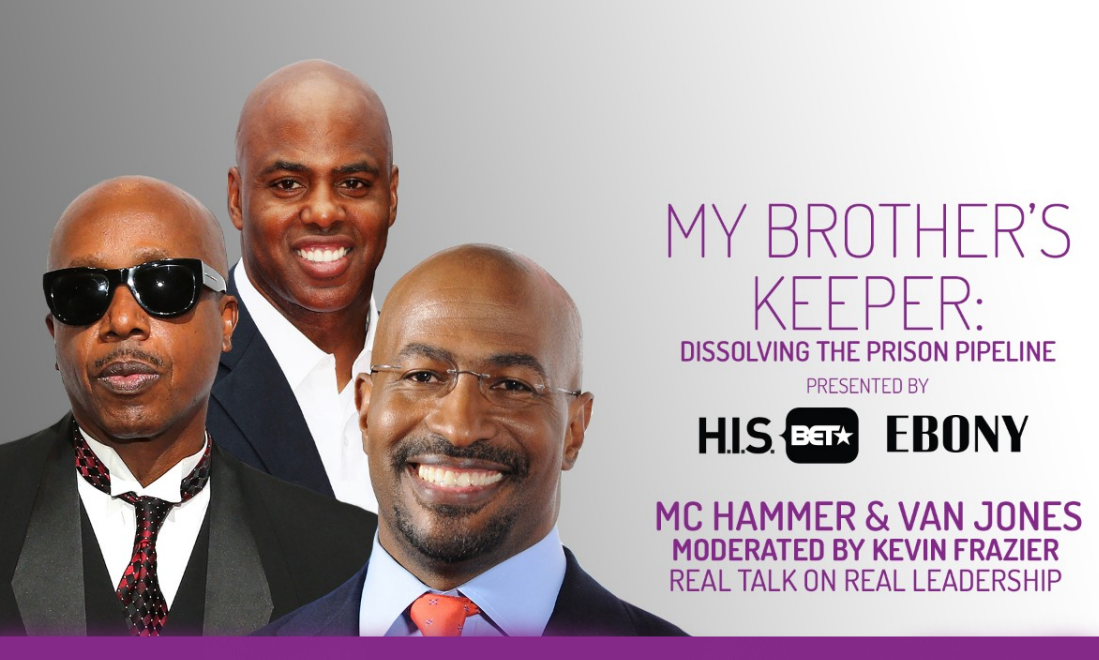 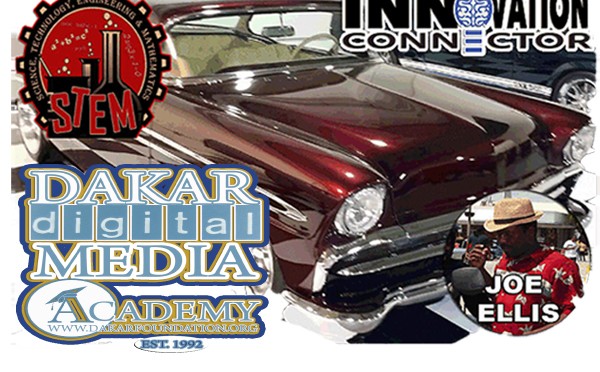 Dakar is proud to announce that one our most progressive allies is launching an after-school STEAM program for LAUSD.  We first metJoe Ellis at our second social media week event in 2013.

Joe Ellis, a man with a plan to bring automotive engineering to the inner-city, was given the opportunity to open and run an after school program that will focus on building,maintaining, and servicing custom cars. Joe is partnering with LAUSD who is providing the refurbished auto center at Washington Prep and EDU CARE who is providing funding.

“This is and will be an after school program done in STEAM fashion” says Joe . The program will also include field trips to different local, tech-based companies which will increase program awareness as a potential source of needed talent and provide students with a look at real-world job opportunities

Of his experience working with Compton, Joe says “The knowledge I have gained from Compton has helped prepare me for this opportunity.  I’m excited and look forward to creating this beautiful course.” 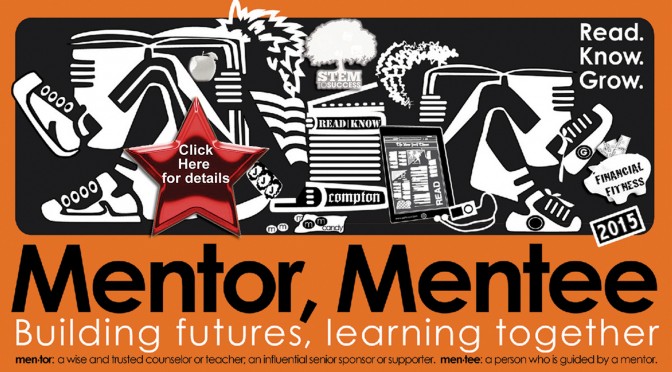 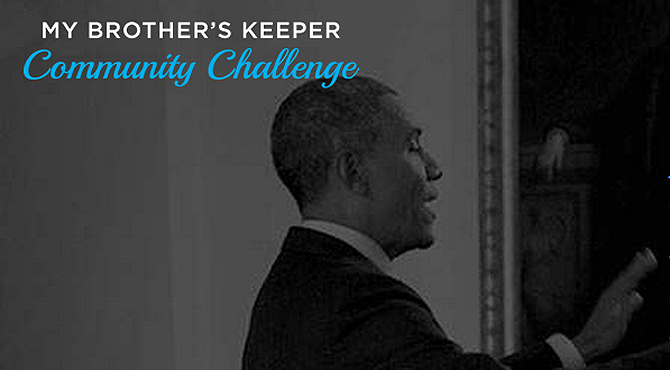 Dakar is proud to announce that we’re rolling up our sleeves to accept the “My Brothers Keepers Challenge” focused on mobilizing our community partners for the Compton Unified School District and other partner school districts to meet the need for more mentors, internships, and career path opportunities in Hollywood.  Our launch is slated for December 18th with a Media Mentorship Screening Festival designed to showcase of our media mentees to the Hollywood professionals.

How do we reverse the curse of Cain and Abel? “The My Brothers Keepers Compton Local Action Summit provided a forum for stakeholders in Compton to break down the barriers to answer that question.  Sadly, too many stories like this one occur in Compton.

The MBK Summit for Compton was inspirational in Dakar deciding to take the challenge to create an opportunity for our focus on creating more young men and women of color entrance into  more traditional and IT-based careers in Hollywood.Terrence Coles and I met volunteers from local nonprofit groups, youth providers and other community members at the Dollarhide Community Center who were to roll up there sleeves for sustainable social change.
A highlight of the experience was the presentation made by Special assistant to President Michael Smith, who gave the audience the playbook on how to get engaged from their local perch to a national movement that he said that he started working on one year prior to the announcement of MBK.


The Summit moved through a number of exercises that proved useful to engage the audience, creating teams that worked through a strategic planning session that challenged each team member to collaborate  on  providing a solutions one of the pillars of MBK.

Mayor Aja Brown said the program is “really focusing on specific outcomes for young men and boys of color, not just looking at education, but how that actually correlates throughout their lives.”

“When you look at the statistics, whether it’s reading at grade level, or high school dropout rate, or it’s imprisonment rate or murder rate of young men of color, you’re double digits behind their white male counterpart,” said My Brother’s Keeper director Michael Smith.
The program is aimed at helping young people read at grade level by third grade, improving access to jobs and valuable work experience, and reducing violence in the community.
President Obama issued the “My Brother’s Keeper Community Challenge” back in February asking communities across the nation to close the opportunity gap.  The man who’s charged with mobilizing all concerned , Mike Smith will have the support of The  Dakar Media Academy and it’s allies.

Dakar will marshall all of our resources to Mike’s attention, starting with a Mentorship Takeover in Hollywood.  Thanks Mike for taking time to come to Compton, and get ready to visit Dakar virtually for updates on our focus, placement and “preparedness for Digital Media careers. 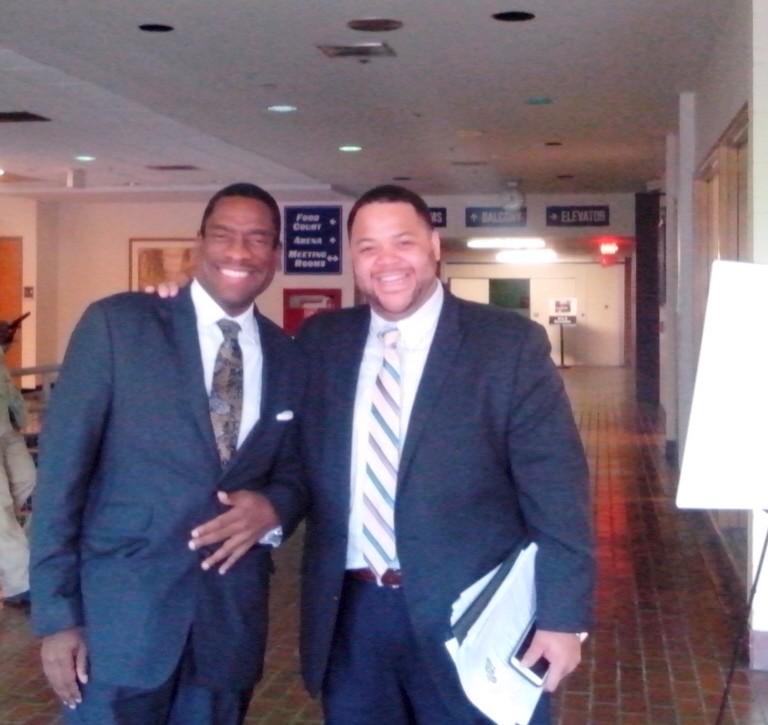 What happens when STEM gets wings?   It soars higher and farther powered by Compton Unified School District ingenuity.

Over 1,000 students, faculty, government employees and special guest came together to create an experience ,Wednesday to watch the “flying classroom” land on the playground at Compton’s Davis Middle School.

The “flying classroom” was a helicopter flown by Barrington Irving, the one-time Guinness World Records holder for the youngest person to fly solo around the world. Irving used the helicopter to tell students about the importance of getting involved in science, technology, engineering and mathematics.

Robin Petgrave, Founder of Tomorrows Aeronautical Museum was joined with an LA County Sheriff Department pilot who landed his helicopters with Barringtion just prior to the enthusiastic assembly comprised of eight middle schools from the  Compton Unified School District (CUSD)

Their principal, Cesar Flores, is one of the educators following the Flying Classroom expeditions and bringing STEM education resources to his school.

Dakar board member Terrence Coles documented the courageous journey of Kimberly Anyadike , a fifteen year old girl at the time, flew from Compton across America as the youngest African American female to ever accomplish such a feat.

Dakar Foundation created the Dakar Media Academy( DMA) to unifying like minded students and those who influence them to a global theme that will explore their openness in a connecting their thoughts.

It will serve as a clearinghouse for school districts, teachers and students to draw upon diversity framed career development resources to inspire all no matter what their socio-economic status.

DMA will utilize talent from the CUSD to develop leadership and stewardship by using case studies such as the Fallen 66 Project to create a user-generated content video blog about genealogy, emphasizing lesson plans from STEM, liberal arts and civics.

Within DMA there are 7 underlying principles that will lead to a more collaborative effort to build sustainable evergreen projects about Diversity and Inclusion, STEM and The Arts that can be measured by each succeeding graduating class.

Friends Of Compton High from kevin on Vimeo.

DMA incorporates a high-interest, inquiry rich integrated curriculum supported by the rights that Dakar has obtained to curate rare artifacts about the Buffalo Soldiers, Tuskegee Airmen and other Groups of Color and Gender.

This catalog of material will provide an overlay of content to classrooms who will be the first generation of students to study the forensics of these men and women’s photographs, diaries and rare documents though science, literacy and critical thinking/problem solving.

DMA premise is that the best way to learn science is by practicing science, and the best way to express one’s self is their interpretation and narrative to which can frame their understanding of how they can change their circumstances through stewardship.

DMA 7 pillars is baked-into the Fallen 66 project and applied to a Memorial Day online awareness campaign whose goal is to drive awareness for all men and women who Killed in Action, and in particular those whose remains have never been found.

DMA is a movement dedicated to building an advocacy groups to influence stakeholders: Major Museums, Legislators and existing government program such as the JPAC to start the process of the finding remains of World War II pilots who never came home, and to repatriate their remans to be buried with honors in the Arlington National Cemetery.